Argentine fires are out of control 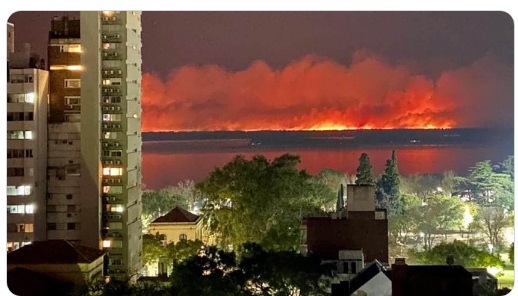 A raging fire, “completely out of control”, threatens one of South America’s major wetland ecosystems.

The fire has been burning for months and can be seen from the balconies of luxury apartments along the coastline of the Parana River in the central Argentinean city of Rosario.

At normal times, the houses on Rosario’s seafront offer breathtaking views of the endless green meadows on the opposite bank of the Parana, a waterway that runs through the city.

However, in recent months, residents of luxury condominiums have watched a wall of red flame from thousands of fires raging across the meadows of the Parana Delta.