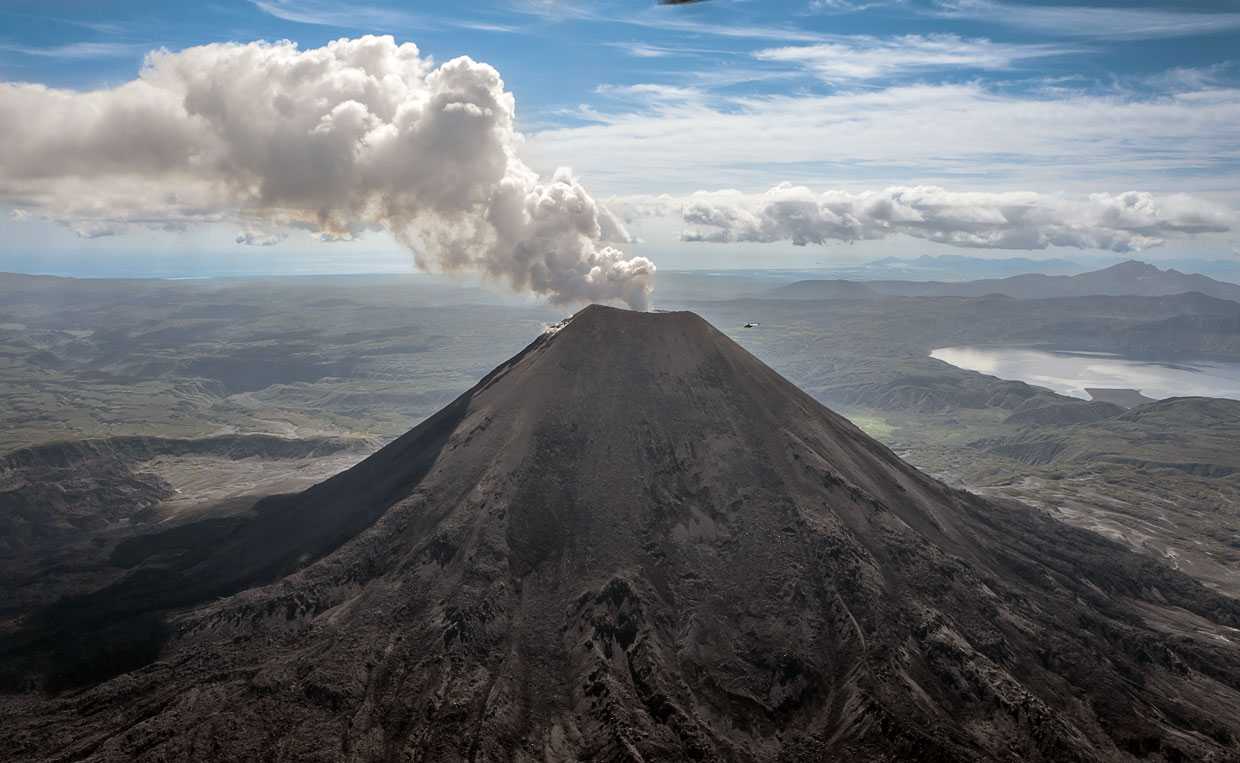 Analysis of the composition of the substance showed that volcanic ash can overcome more than 5000 kilometers.

Volcanic eruptions noticeably affect the surrounding area. The volcano can throw ash and red-hot debris on the surface for decades. For example, the last eruption of Kilauea volcano in Hawaii began in 1983 and continues to this day.

A new study conducted by scientists from Cambridge and the University of Bergen in Norway showed that the consequences of eruptions can affect not only the immediate regions, but also remote areas. Scientists have analyzed cryptotephra – volcanic ash particles that are not visible to the naked eye, found on the bottom of Lake Hajeren, located on the island of Western Spitsbergen. According to the first assumptions, the source of the ashes could be in Iceland, where there are 30 active volcanic systems. However, analysis of the substance showed that this ash threw the volcano Ksudach in the south of Kamchatka. From Spitsbergen it is separated about 5000 km.

The ashes were examined by X-ray spectral microanalysis. For this purpose, the sample is irradiated in a vacuum chamber by a directed beam of high-energy electrons. The method makes it possible to investigate the microvolumes of matter.

The researchers suggested that the ash was thrown out as a result of a fairly powerful eruption – at least 5 on the scale of volcanic explosivity. Then they compared the composition of the found cryptothephra with the ash ejected from such eruptions of five volcanoes: Hekla in the south of Iceland, Mazam and Newberry in Oregon (USA), Kikai on the island of Kyushu (Japan) and Ksudach. The latter variant was most similar to the cryptotephra found on Spitsbergen.

Further studies of the remains of ancient eruptions can tell about the most important geological processes of the Earth.