Astronomers learned to predict the effects of solar flares 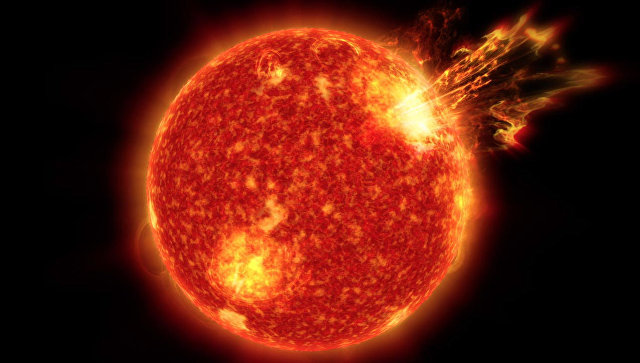 Physicists and astronomers from the US has created a system that allows you to predict regional effects of solar flares and to protect from the effects of the electronics in satellites and power grids on earth.

The retail companies for the first time have the opportunity to learn about solar flares for some time before their effects manifest themselves on the Earth in different parts of the country or the world at large. Of course, it sounds trivial compared to multi-week weather forecasts, but predictions of space weather is a giant leap forward, ” said Dan Welling from the University of Michigan in Ann arbor (USA).

In the Sun there are periodic flare — explosive episodes of energy release in the form of visible light, heat and x-rays. Powerful flash penetrate the magnetic shield of the Earth, and as a result, they disrupt the operation of the radio communication systems, satellites and threaten the health of astronauts working on the ISS or in orbit.

It is believed that the most powerful flare occurred in 1859 during the Carrington event. During this powerful flash has allocated approximately 10 yotopoulos (10 to 25 degrees) energy, 20 times more energy released during the fall of the meteorite that destroyed the dinosaurs and marine reptiles.

To predict the consequences of the heavy duty solar flares and less severe manifestations of solar activity, Welling and his colleagues at the University of Rician and physics, University of Houston (USA), has established the Geospace, the computer model of the Earth.

It allows to predict the consequences of the collision of flares with the magnetic field of the planet in 45 minutes before it happens in reality, for any region on the planet, whose area is about 900 square kilometers.

The first user will be the North American Geospace Corporation reliability Corporation (NERC), which controls the operation of all main power grids in Canada and the United States, is responsible for connecting segments to each other and ensures the energy security of either country.

The main feature of this model is that it directly calculates the interaction of the magnetic field of the Earth with solar flares, and to predict their statistics. The most important that the calculations are faster than real time, allowing scientists to get ahead of the Sun and to see the consequences of the emissions before they happen.

On current forecasts, a powerful flash, similar to the Carrington event can occur in the Sun with a probability of 12% in the next decade, and the reasons — the onset of solar maximum and exit from a period of reduced activity which lasted abnormally long. Therefore, the U.S. government and NASA are developing plans for the prediction and combating such outbreaks, including programs such as the Geospace.