At least 500 thousand people evacuated in Oregon due to wildfires 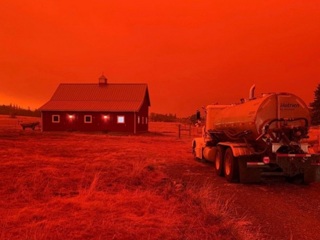 At least 500 thousand people have been evacuated in the US state of Oregon due to wildfires. This was reported on Thursday by the Associated Press, citing data from local authorities.

The agency emphasizes that we are talking about more than 10% of the state’s population, which is over 4.2 million people. The area of ​​fires in Oregon alone exceeds 362 thousand hectares. At least three people are known to have died. Earlier it became known that the Oregon authorities do not exclude the possibility that deliberate arson could have caused the fire.

More than 100 wildfires are raging in the US states of Oregon, California and Washington, according to the National Interagency Fire Center based in Idaho. Their total area is over 1.7 million hectares.