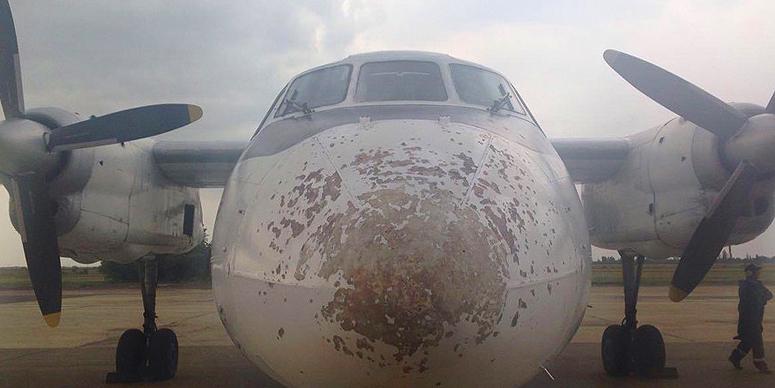 The commander of crew of the An-24 airline pioneer, flying SOUTH, no. 111 reported that during the landing had a heavy hail, which fell on the skin of the aircraft.

After landing, during the inspection of the vessel was discovered some damage. According to team members, the electronic system is not affected. At the moment the aircraft passes the diagnostics.