At the NPP Fukushima-1 occurred leak of radioactive water 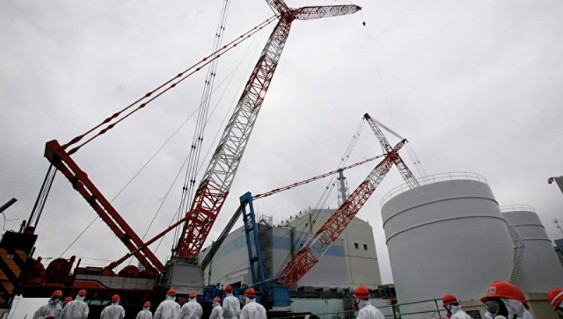 The Tokyo power company TEPCO said on Friday about the leak of the tank with liquid radioactive waste on site emergency plant Fukushima-1, which was destroyed during the strong earthquake and tsunami in 2011.

As reported on the website of the company TEPCO, on Thursday was seen as from the coupling flange of the tanks, dripping with water, in connection with than he drained the fluid. On Friday it was confirmed that radioactive water leak stopped.

Just leaked over 30 liters of radioactive water that mixed with the rain water around the container.

The problem of radioactive water has become one of the most acute after the accident at the nuclear power plant in Fukushima. It constantly accumulates in the underground premises of the station as a result of cooling of the reactor, and its number is growing due to the influx of groundwater that seep from the mountains.

In late March company TEPCO has started to freeze soil to create by year-end, the protective wall around the reactors to prevent radioactive contamination of groundwater.

A major accident at the NPP Fukushima-1 occurred in March 2011 after a powerful earthquake of magnitude of 9.0. Radiation has become to pollute the atmosphere and sea water. Full disaster recovery is expected to take about 40 years.