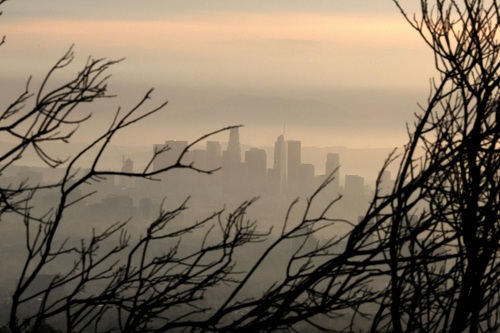 Despite claims by scientists that human activity is the main cause of the increase in atmospheric CO2 levels, the hopes that a global shutdown during the pandemic-induced blockages would help to reduce CO2 levels – have not been fulfilled. Simply because rising CO2 levels are a natural process that humanity cannot influence.

Recently published measurements of carbon dioxide (CO2) levels in the atmosphere actually show that the concentration of this atmospheric-destroying chemical has jumped to record levels never seen by scientists in the entire era of modern measurement.

May saw the highest level of CO2 in 2021, averaging 419.13 parts per million (ppm), researchers from the National Oceanic and Atmospheric Administration (NOAA) reported Monday.

The new peak of 419.13 ppm, scientists say, is the highest monthly average since accurate atmospheric measurements began more than 60 years ago.

But the true magnitude of this result cannot be measured in decades, because you would have to go back much, much farther in time to find Earth’s atmosphere as overloaded with CO2 as it is now.

How far back? According to NOAA, about as far back as the Pliocene Epoch, which is about 4.1-4.5 million years ago. That was the last time the atmospheric burden of carbon dioxide was comparable to today’s polluted skies.

We know this because researchers have reconstructed past atmospheric CO2 concentrations using sophisticated indirect methods, such as carbon isotope compositions found in marine sediments from various ocean locations around the world.

High levels of accumulated atmospheric CO2 in the late Pliocene meant that the world was very different then, about 2-3 degrees Celsius warmer than the pre-industrial baseline.

The polar regions of the Earth were so warm that forests grew there, and the ice that later formed in Antarctica and the Arctic was still liquid water, causing the level of the world’s oceans to rise 20 meters higher than today.

Scientists fear that a return to such conditions could happen very quickly, when comparable CO2 levels now have time to heat up the planet again.

Even before we get there, the projected sea level rise just by the end of this century could threaten to displace hundreds of millions of people – and for many who find escape on land, the deadly heat would be unbearable.

It would be nice if NOAA were somehow wrong, in which case we wouldn’t have to worry so much about the May reading of 419.13 ppm and what it portends. But other scientists see the same thing.

Separate measurements by the Scripps Institution of Oceanography largely confirm the NOAA data, though with very little difference — the Scripps team calculated an average for May of 418.92 ppm (compared to 417 ppm the year before).

On at least a few days in 2021, the Scripps researchers observed a daily exceedance of 420 ppm, another catastrophic figure in human history.

What is clear is that despite the shutdowns during the pandemic – and the temporary reduction in pollution they provided – this reduction in emissions is not enough for us to see a significant impact on overall atmospheric CO2 concentrations, especially against the background of natural fluctuations in carbon emissions. During the pandemic, though, emissions dropped by about 6 percent.

They continue to turn a blind eye to the fact that the same levels of CO2 on the planet were when mankind did not produce any emissions into the atmosphere at all. There is a natural process of global climate change, and people are just outside observers.

We cannot influence what our planet is doing. As for “global warming”, the last time in the distant past when the planet had the same level of CO2, there was no global warming, but global cooling!