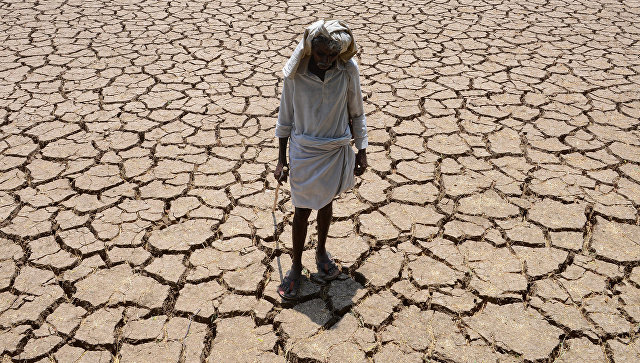 Last August became the last hot summer month in the history of climate observations, the average temperature during the time which exceeded the norm by 0.98 degrees, and in Central Russia by 4-5 degrees Celsius, said the space flight Center of NASA Goddard.

No need to panic – the monthly temperature records usually differ by a few hundredths of a degree and they are easy to change. We emphasize that we need to look at long-term trends for understanding what is happening to the planet, said Gavin Schmidt (Gavin Schmidt), head of the Institute of space research of NASA. 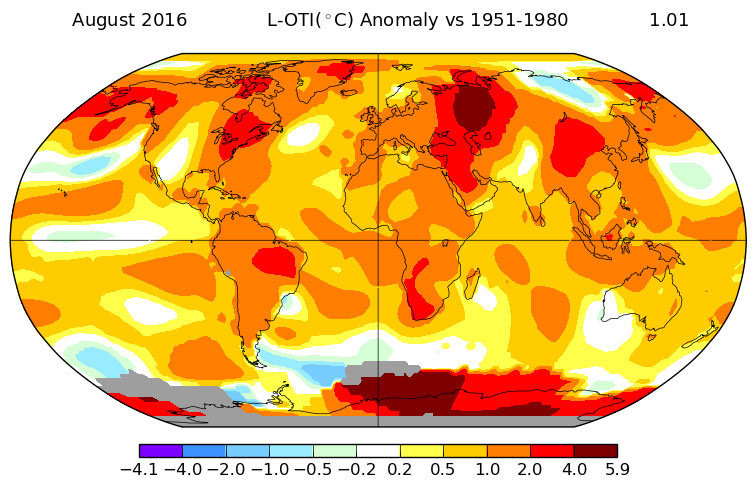 Map of temperature anomalies in August

One of the main causes of current climate anomalies and extreme temperatures this year, in addition to the unexpectedly strong phenomenon El niño, as noted by Schmidt, is, apparently, the person at the end of may, the proportion of CO2 in the atmosphere finally crossed the psychologically important level of 400 parts per million.

The result of this growth, which continues for several decades, was another breaking the record of last year – this year August temperature by 0.98 degrees Celsius higher than the average for the entire history of observations, and 0.2 degrees higher than in 2015. The surface temperature of the earth and the water in the ocean also continues to remain about a degree above normal, as in previous months of the year.

As scholars have noted, the Earth’s climate puts temperature records for 11 a month, according to NASA and 15 months according to the Administration oceanic and atmospheric administration (NOAA), a trend that apparently will continue in the autumn and winter months.

August this year was very unusual from the point of view that the average surface temperature of land and water during August for the first time in a very long time, was equal or even exceeded the average July values. Current estimates of Schmidt, 2016, thanks to this record and past achievements, with 99% probability will be the warmest year in the entire history of climate observations from the late 19th century.

These record temperature Aug the most experienced people of the European part of Russia, the Urals, Kazakhstan and some parts of Eastern Europe, where air temperature and soil exceeded the norm by 4-6 degrees Celsius. As abnormally warm weather established in August in the whole area of Antarctica, where average surface temperatures were also above typical 2-6 degrees.

In principle, it is possible to say that heat waves have covered all the regions and continents of the Earth except part of Eastern Siberia, Mexico and South USA, as well as the South Atlantic and the Pacific. A change in the nature of the work El niño, which is now fixed, scientists might cool down the growth, but they believe that a trend of abnormally high temperatures will continue.