Australia was struck by a powerful thunderstorm 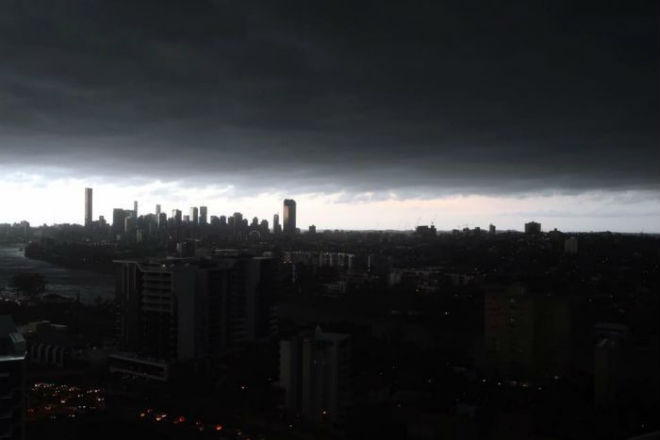 The teenager was struck by lightning during a dangerous thunderstorms in the Southeast Australian state of Queensland, which caused structural damage and left thousands of people without power.

The storms moved to Queensland from New South Wales, causing very large hail and damage in its path. The roofs of some houses were damaged due to bad weather. Another significant line of storms moving from the West towards Brisbane.

The ambulance service reported that one teen was struck by lightning in Allora on the darling downs, he was holding a metal door in front of the house in the hands during the storm. The number of customers left without electricity at the peak of the storm, reached more than 37 thousand.

Air traffic was disrupted at the airport in Brisbane and thousands of passengers were unable to continue their journey due to flight delays through the fault of the weather. Meanwhile, a heat wave continues to capture parts of Central and southern Queensland, places the thermometer jumped up to 45 °C. the Hot conditions will continue through the weekend in most parts of Queensland.