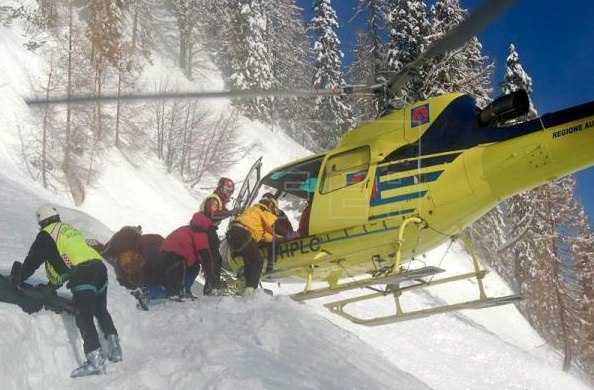 Two avalanches came down in the Italian region of Valle D’aosta, 4 people died, two were missing. The first avalanche struck the group of 20 skiers in the resort of Courmayeur. The victims of this avalanche were four men and three were wounded. They were taken to the hospital, rescuers using a helicopter.Two more assistance was provided on site.

The second avalanche came down near the resort of La Thuile and covered two climbers. To the place of profit rescuers, but to find the climbers failed.