Bacteria-killer “Cynthia” can destroy all life in America and Europe 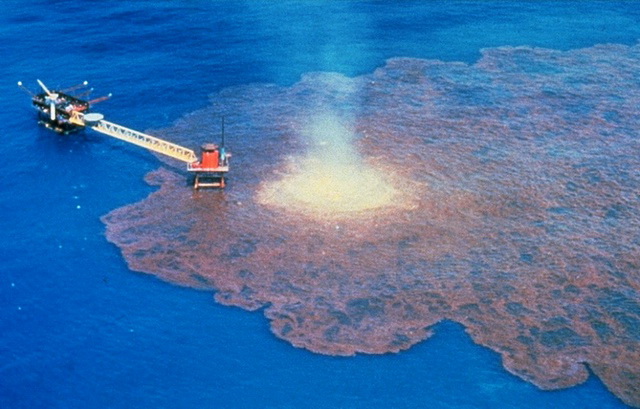 Bred by transnational corporations “Cynthia” can destroy all life in America and the Old world. Soon, the planet could face a challenge akin to that described in science fiction books about the Apocalypse.

The first synthetic bacterium “synthia”, created to combat oil pollution in the Gulf of Mexico, began to attack animals and people. Now dangerous microorganism on the way to Europe.

The story begins on 20 April 2010 when an oil platform of British Petroleum explosion. For six months, which eliminated the consequences of the accident at sea were not less than five million barrels of oil. The spot occupied an area of about 100 thousand square kilometers. As compensation for environmental damage, the loss of fishermen and travel companies British Petroleum has paid for numerous claims almost $ 27 billion.

First, the oil slick was reduced, but soon the bacterium has mutated and moved on to living organisms. Began to detect strange cases. In Arkansas killed more than five thousand birds, then a school of fish numbering more than 100 thousand heads off the coast of Northern Louisiana. You get sick 128 employees of British Petroleum, participated in the liquidation of the accident. According to some reports, they were forbidden to seek help in public hospitals.

Further, the situation has gone from bad to worse. According to the CDC (centers for control and prevention of diseases of the U.S. in 2014 due to bacteria ill 97 people, 27 of them died.

You can become infected in two ways. The first — through the wound, even the smallest, the second in raw seafood. Once the microbe is in the body, it penetrates into the layer between the skin and the muscles. The bacterium produces a toxin that destroys living tissue.

One Texan just getting its feet wet, but after a few hours the doctors were thinking about amputation. The first signs of the disease in humans is a rash, blisters, nausea and diarrhea. Death may occur within two days after contact with the bacteria in the body.

It is not excluded that the authorities of the United States hide from people the scale of the disaster. But according to the University of the district of Columbia, about 40 percent of the residents of coastal areas at the Gulf of Mexico in recent years received a serious diseases of the skin and respiratory tract.

As indicated by the results of studies of colonies of dangerous bacteria has already reached the Gulf stream, and this is the direct way to Europe. And no one today can guarantee that Cynthia will not penetrate into the Mediterranean sea. Because it can travel even rain clouds. And this greatly increases the possible geographical spread of the epidemic.

This means that on the famous beaches of the Cote d’azur in France, Catalonia, the Italian Liguria and Greece with Turkey will be forgotten. Microscopic Cynthia swallow the tourist industry throughout southern Europe.

Among the victims may be a large city on the East coast of the United States, including Washington, new York, Boston, Miami, Richmond. Because the Gulf stream flows close to them.

You know that “Cynthia” is very quickly propagated, self-reproducing in infected cells, and it’s not responding to antibiotics.

While in the press to discuss created in special laboratories bacteriological weapons, the real trouble can bring microbe created originally with good intentions…

Covid-19 can be covered under Cynthia. Why is Florida silent since such a scale is catastrophic on the planet?