Bad weather turned Venice into a city under water 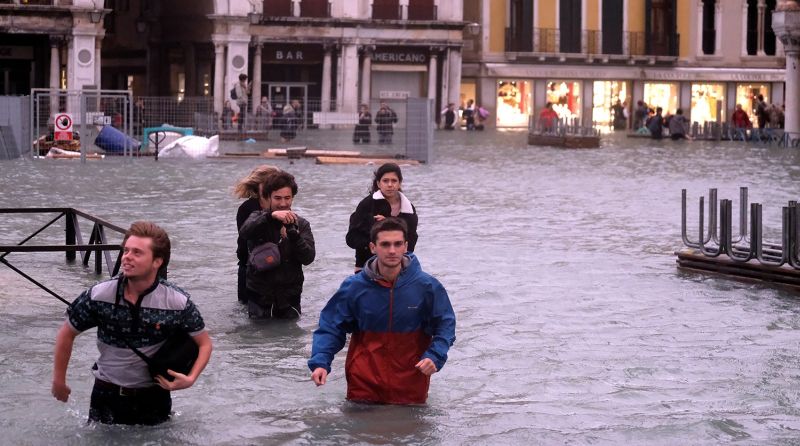 Italy, Spain and France were in the grip of the most powerful elements. These are shots from Corsica, which a tornado hit for the first time in half a century. Wind gusts reached 180 kilometers per hour, all residents were urged to lock themselves in their homes, but those who were on the way survived the most terrible moments. In the north of France, 20 centimeters of snow fell during the night, the cars got stuck on the motorways. In Italy, the Ligurian coast has become a graveyard of dead ships, and Venice has fully justified the reputation of the sinking city.

So much water spilled on Italy this day – these are fresh images from Bologna, and the port of Savona was not saved from fire. Hundreds of new “fiat” and “mazeratti”, which were prepared to be sent to Asia, burned to the ground last night. The storm at sea was strong, the port was choking in the sea water – it hit the batteries. A chemical reaction began – and the explosions along the chain.

The disaster – all over Italy. This is the port of Rapallo, now more like a sea cemetery. The yachts moored in the port for the winter ripped off into the sea and were thrown all night on the concrete pier. Venice is now a city under water, not on the water. The movement of water trams along the Grand Canal has been stopped, and San Marco is closed.

The mayor of the city takes the visiting meeting, standing up to the waist in the water in fishing boots, and then personally persuades the tourists to leave the square.

“We decided to play it safe. Of course, I can’t forbid it – if someone wants to swim, let them swim. But Venice is 75% flooded – it’s dangerous,” said Luigi Brunyaro, the mayor of Venice.

Losses are not only in expensive boutiques. That night, the water entered the Palazzo Dzaguri and damaged the masterpiece of Joan Miró, the Catalan surrealist. Leaving home, the museum staff left the canvas on the floor, each worth 500 thousand euros – on the floor. Preparing for the restoration.

In addition to high water throughout the country – landslides, fallen trees. 11 people died these days. Half of them are right in their cars. The hardest wind patted Genoa. So holding on to the fences, people made their way home. And in Sardinia, hail and snow. As in France, the neighborhood of 400 cars are blocked in the central array. So there was no waiting for the snow here early – there is no snow removal equipment on the spot.
“We are waiting for help for 18 hours, I have a small child. I didn’t take any food or water with me, I thought we’ll get there quickly,” the woman in the car shares her emotions.

In Spain, as well as in Italy – in the south of the tornado, in the mountains – snow. In Rome, the city hall does not risk, forcing people to stay at home.

The wind subsides, the sea calms down – the water level in the rivers has stabilized. Bad weather lets Italy. But not for long. Two days later the same thing again – squally winds and rains. Rescuers and firefighters are ordered to remain on full alert. 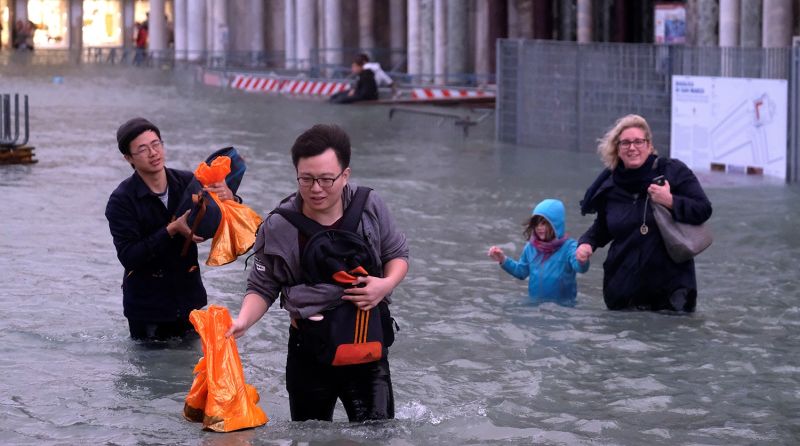 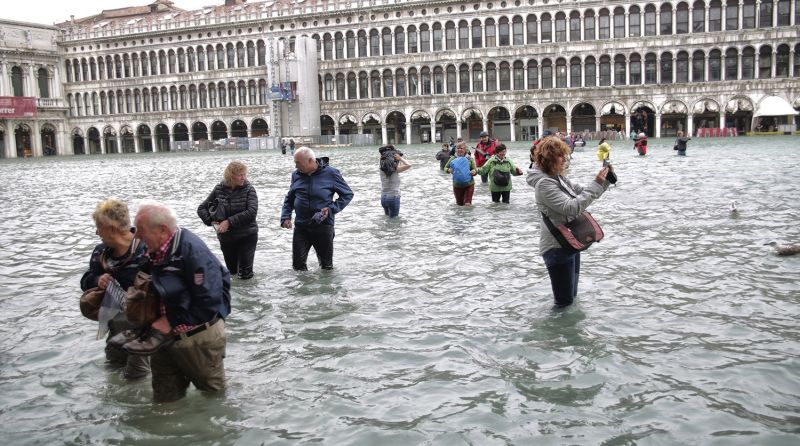 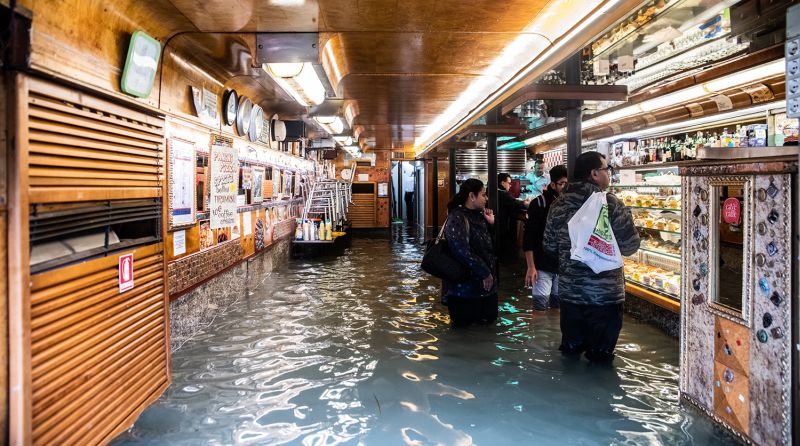 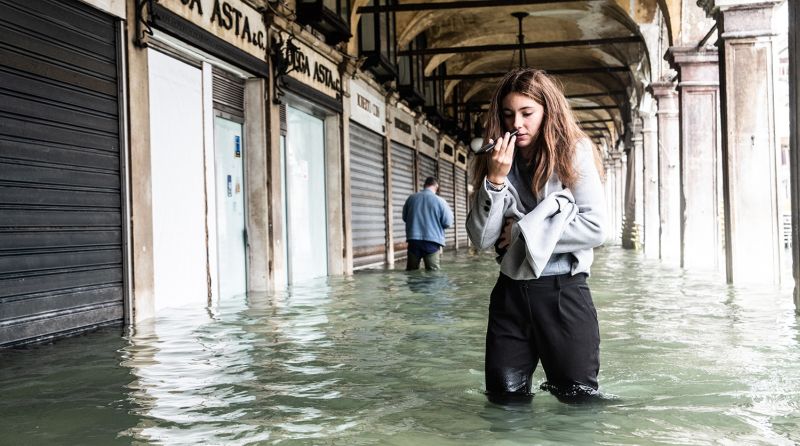 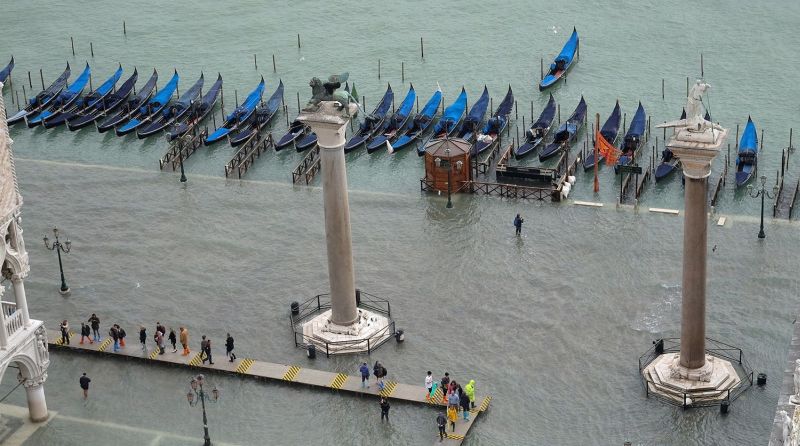 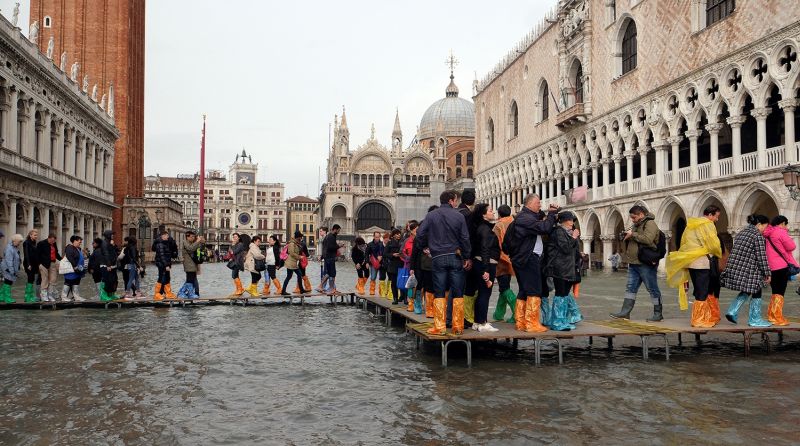 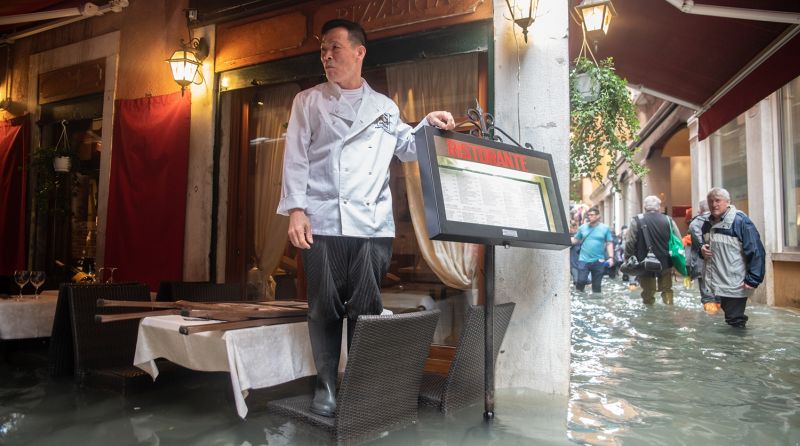 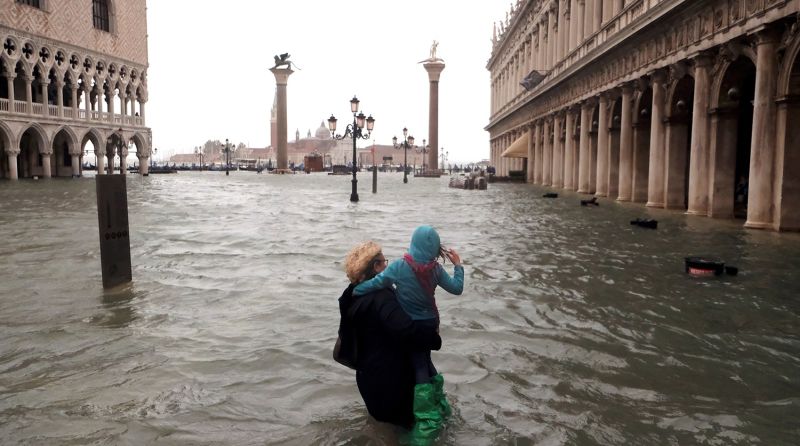 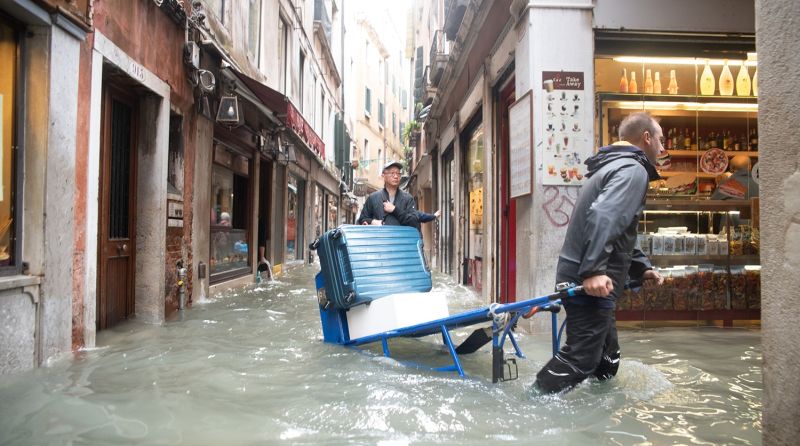