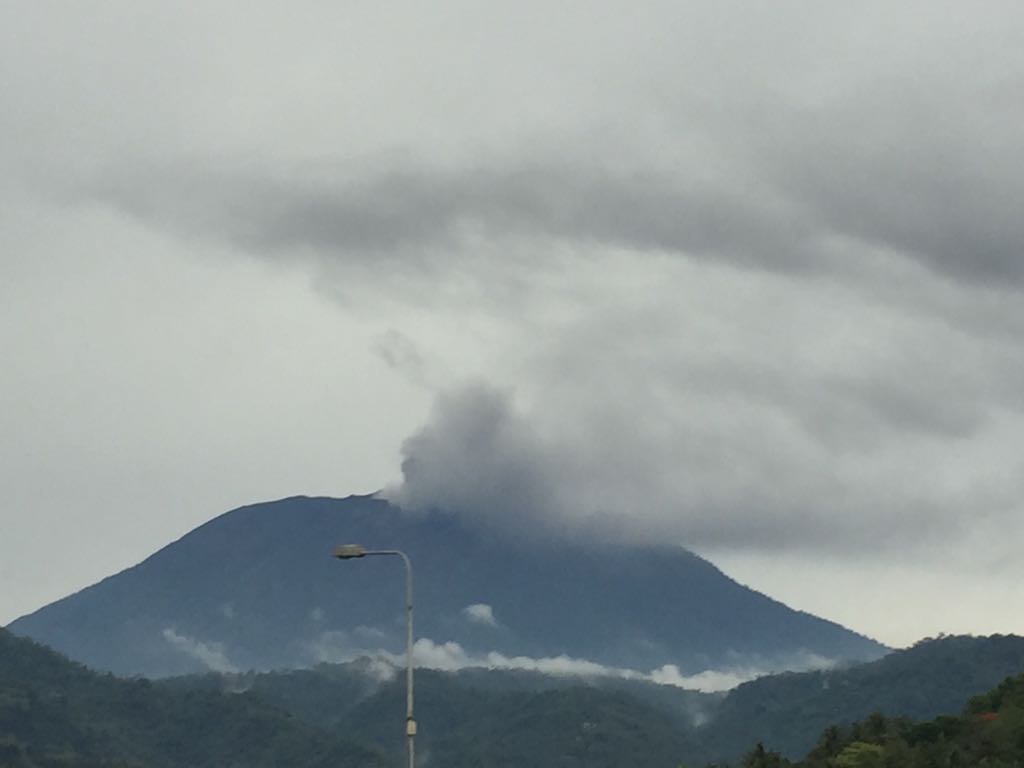 Yesterday on the Indonesian island of Bali, the phreatic eruption of the volcano Agung began. Such eruptions occur when the steam from the ground or rainwater is released from the vole of the volcano, which interact with the magma and actively evaporate.

A cloud of thick gray smoke is seen above the volcano. Volcanologists assure that a catastrophic eruption will not happen yet. Earlier, 135,000 people were evacuated from areas adjacent to the volcano, but then they were allowed to return to their homes.