Bali is waiting for the exploding volcano Agung 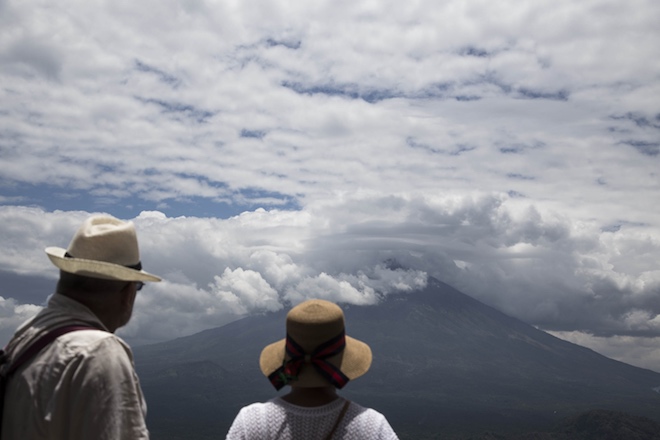 The life of the volcano is measured in millennia, and therefore the expectation of its eruption for several days or even weeks does not seem very heavy.

But tens of thousands of Bali residents who left their homes because of the dangerous Agung volcano are considered differently.

Baliika Ketut Seri says that she has lost track of time since she arrived with one of her family members at one of the temporary points. A woman can not help but worry about what she left at home. Ketut’s husband is not around – he went to an empty village to check out the animals. And he is not alone in his risky journey.

The fate of livestock and poultry, left in abandoned settlements, afflicts people, and many visit the danger zone every day to check their farming. 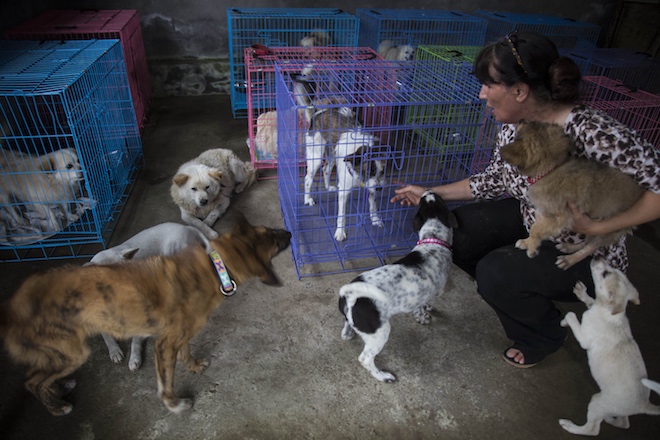 According to volcanologists who follow the Agung volcano, this situation can last for weeks, and even months. Eruption may not even occur, no one knows for sure. On the government watchdog, senior seismologist Devi Kamil does not lose patience, despite a long line of journalists who knock on his door all week waiting to hear the news. “There are several examples where activity was registered for 6 consecutive years,” he explains. “And it did not always end with an eruption.” 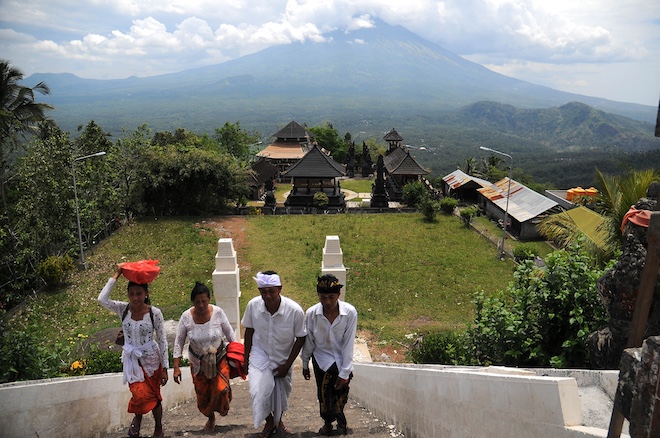 When lava last flowed from Agunga in 1963, the measuring instruments that are used today were not. Therefore, the characteristic signs that show that the eruption occurs are unknown.

While some are carefully studying the scientific information, others are waiting for signals from heaven. In the temple of Goa-Lavaah on the site of the cave, which, according to many Balinese, is associated with the energy of the volcano, daily prayers continue. The minister of the temple Iputi Juliad says that most people just pray to the gods for luck.

Insecurity in the near future will affect all residents of Bali, even if they are not evacuated. The village of Rendang is right outside the exclusion zone, and usually its market is full of merchants selling fruits, flowers and rice. But now many people have stopped coming to the market, and incomes have greatly decreased.

While the economic consequences for the tourism industry of Bali are insignificant. The hotels continue to arrive with buses full of tourists, reassured by the government’s assurance that the cataclysm will not affect them. Of course, every tourist has heard and read about the volcano, with many anxious relatives are contacted from home. But for most, the only concern is the chance to get stuck on the island. However, some tourists do not mind prolonging their stay in Bali for several weeks, let it be connected with the eruption.