Bangladesh will be without drinkable water in just 10 years 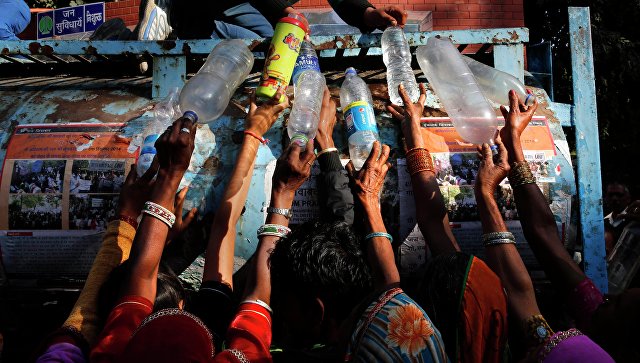 Deep groundwater in the vicinity of Dhaka, the capital of Bangladesh, will be completely contaminated with arsenic in the next decade, which threatens to poison the water in wells and other sources of moisture almost all over the country, warn environmentalists.

The area between the Indus and the Ganges is one of the most densely populated regions of the Earth. There are more than 750 million people, many of whom lack access to clean drinking water due to pollution of the waters of the rivers of the Indian subcontinent with sewage and waste industry. For this reason, the water in many parts of Bangladesh, India and Pakistan extracted from artesian wells, whereby they account for 25% of global consumption of groundwater.

Holly Michael (Holly Michael of the University of the state of Delaware (USA) and her colleagues predict that Bangladesh can fully lose ground sources of drinking water in the next 10 years, examining the dynamics of groundwater flow in the vicinity of Dhaka, the capital of this country.

How to tell the scientists, intensive pumping of water from artesian wells in Dhaka has led to the fact that the streams of water in the vicinity of this city are moving through the soil almost vertically, moving from the soil surface to the deepest aquifer layers. Soon this water will move down freely in fact, if the groundwater level drops by several metres.

In contrast to the clean groundwater, subsurface flows of water, including rain water contain high concentrations of arsenic and other toxins that bring the water of the Brahmaputra, the Ganges and other rivers from the slopes of the Himalayan mountains. Their penetration into the deepest layers of groundwater, as explained by Michael, will lead to irreversible contamination with arsenic.

Using current data on volumes of pumped water and arsenic contamination of higher layers of groundwater in the district of Dhaka, the authors predict that this will happen in the next ten years, if the situation with the pumping of artesian water will not change. The consequences of this pollution will affect not only the capital of Bangladesh and all the surrounding areas of the country, where he lives most of its inhabitants, but also in neighbouring Myanmar and India.

Moreover, according to the scientists, all the consequences from the contamination and where it happens to be almost impossible to predict due to the complex Geology and terrain, which will only aggravate the consequences of this environmental catastrophe. How it can be avoided, to say enough is difficult, as other sources of fresh water in the region, in fact.