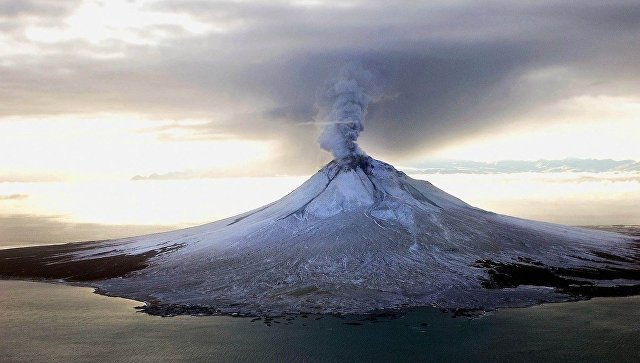 The volcanic eruption is recorded on the island Theological which administratively belongs to the American state Alaska, transfers KTVA TV channel with reference to the Center of observation of volcanoes of the State of Alaska (Alaska Volcano Observatory, AVO).

According to TV channel, on Tuesday several pilots have reported about “short-term rough eruption” of a volcano in connection with which AVO announced the red level of danger to aircraft.

“They (pilots) have reported about a cloud of a volcanic ash which rose by height of 34 thousand feet (more than 10 kilometers)” — it is said in the message of the center.

According to TV channel, AVO has no equipment on the island therefore activity of a volcano it will be observed by means of information obtained from satellites and remote devices.

The island Theological is one of the Fox Islands located in east part of a chain of the Aleutian Islands. He is to the North from the island of Umnak.