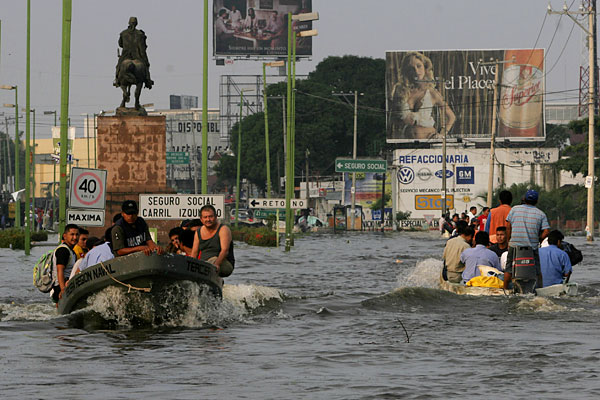 Because of the floods caused by pouring rains, the federal government of Mexico has declared a state of emergency in three municipalities — Altamira, Ciudad Madero and Tampico located in a northern part of the State of Tamaulipas Associated Press reports.

According to the governor of the state Francisco Garcia Cabesa de Vaca, in only five hours during the period since Thursday on Friday the amount of precipitation which is equivalent to 20% of average annual norm fell upon the southern part of Tamaulipas.

Rescuers evacuate people from affected areas on cars and boats. For lost a roof over the head six shelters are open.

In flood waters on streets of Tampico the police caught a cub of a crocodile.

Meanwhile in municipality of Okhinaga in the Mexican state of Chihuahua there has passed the hailstorm. Serious damage is caused to farmlands.