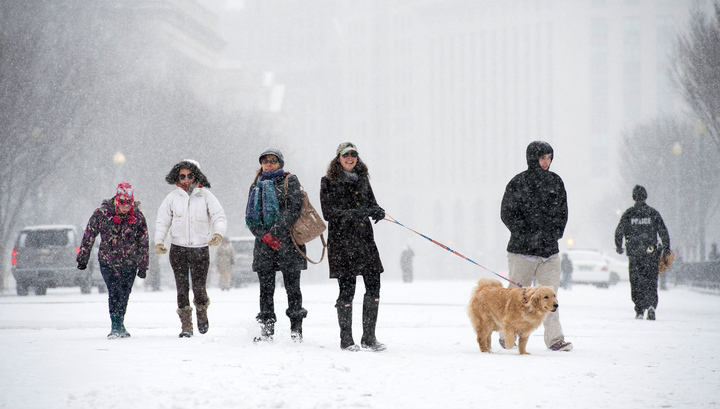 At least seven people died from the effects of snow and cold weather that hit the territory of the middle and north-eastern parts of the United States. Such data were reported by The New York Times, referring to the police.

As specified, the winter cold caused death of two people in the vicinity of Chicago (Illinois). In Kansas, four people died as a result of an accident that occurred due to frost and drifts on the road. In South Dakota, the 83-year-old woman froze in the snow after getting out of the car, stuck in a snowdrift to get to the only city near the border of the neighboring state of Minnesota. According to the US National Meteorological Service, the air temperature in the region dropped to minus 17 degrees at night.

In Ohio in the suburbs of Cincinnati in recent days, about a dozen private cars were stolen, which the owners left with running motors to maintain the heat in the cabin. In the state of Pennsylvania rescuers went to the village of Erie, located on the shore of the lake of the same name and was under a 1.5-meter layer of snow. For several days, some elderly and infirm people of Erie could not go outside on their own, the neighbors brought food to them.

On the roads of Michigan from last week there were about 30 accidents. The reason is icing, drifts and poor visibility. In some areas of this state over a day fell more than 15 centimeters of rain.

According to forecasts of weather forecasters, very cold weather by local standards will last the next week in the north of the United States. In New York December 31 is expected from minus 11.6 to minus 17.8 degrees. If the forecasts are justified, the New 2018 in the metropolis will be the third in the cold since 1907.