Because of the drought shoaled in Thailand, the largest lake in the country 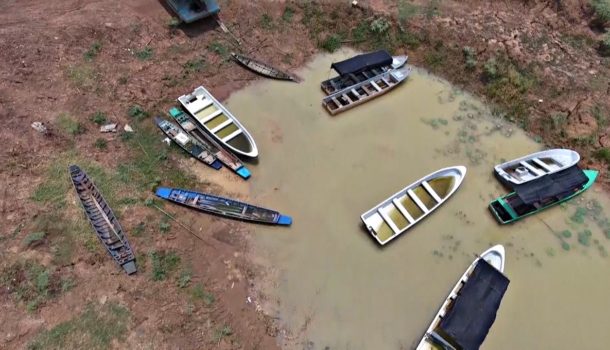 Because of the drought shoaled in Thailand, the largest lake in the country. This Conditions Boraphet – the largest freshwater lake in Thailand. Once his area was 200 square kilometers. Today it is almost gone. You can see only steppe, and cows that run around in search of edible grass.

Continues in the country’s worst in decades drought. 35 of 77 provinces declared disaster areas.

In this village drinking water received from the channel. However, it has long dried up. Now people are dependent on coming tanks.

[Vira q-Orne, a local resident]:
“This terrible drought. We’ve lived here for 63 years and never seen such a drought. Everything is so dry that the water is almost gone. It is now possible to move by car. Never seen that before”.

The government allocated money for the delivery of drinking water, deepening of channels and extension of the outfalls. However, the fishermen that still does not help.

A resident of the other village happily says that it has the ability to wash in the shower.

[Sombun Inthepast, local resident]:
“In the neighboring village there is no water to wash. We have from the tap until the water flows, but in other villages, even wash not. This is wrong.”

Affects not only the fishermen and the farmers who grow rice. Drought impact on tourism. Usually, in the province of Nakhon Sawan has arrived 10 thousand visitors per year. But it was not and hundreds.

As expected, at the end of the month will begin the rainy season. However, experts note that the precipitation will not be enough, that life has returned to normal.

[Chalav Pokaran, an expert in the field of water resources]:
“The Central government should allocate funds for the restoration of the lake. It is the largest freshwater lake in Thailand, but here nobody comes, because the lake didn’t have much water”.