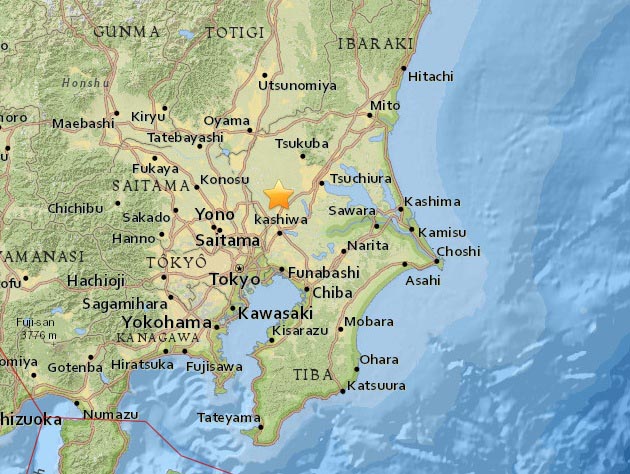 In Japan on Sunday morning, an earthquake of a magnitude of 5.0 with the epicenter at a depth of 43km. Suspended operation of nuclear power plant “Tokai-2” around Tokyo to check.

The tremors were recorded at 13:24 local time (07:24 MSK). The earthquake lies at a depth of 43 km beneath the earth in Ibaraki Prefecture. The quakes up to 4 points were felt in the prefectures of Ibaraki, Tochigi, Saitama, Chiba, Kanagawa, Gunma and Tokyo. Warnings about the threat of a tsunami has not been discussed.

In the area of nuclear power plant “Tokai-2” was observed pushing force to 2 points. The work of the station was suspended for testing of equipment and monitoring of the reactors. Exceeding the targets of the tests was not revealed.