Because of the heat in Taipei mass fish die 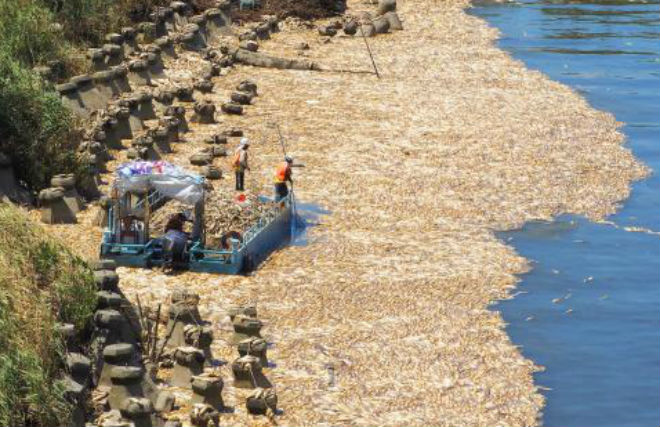 A large number of dead fish carried to the banks of the river Keelung in the Taiwanese city of Taipei. Experts suggest that the massive sea of ​​fish was due to prolonged heat, reports Taipei Times.

The Taipei Environmental Bureau reported that the dissolved oxygen content in the water where the dead fish was floating was 3.5 milligrams per liter, which is about four to five times lower than normal.

In recent years, the water temperature was 30.3 ° C. This figure is significantly higher than the average high temperature, which is 28.1 ° C.

“We suspect that the reason for the mass death of fish is not pollution, but high temperatures,” experts said.

Similar incidents were recorded in other rivers of the city.