Because of the hurricane “Florence”, 5,500 pigs and 3.4 million chickens were killed 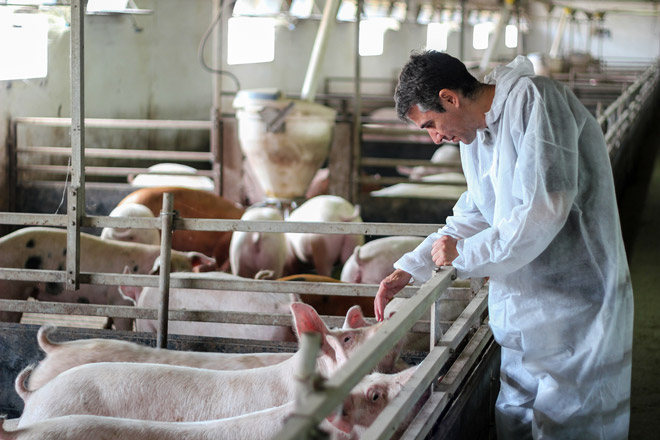 After the hurricane Florence attacked North and South Carolina last week, dozens of stories about the rescue of animals – dogs jumping out of flooded houses, pets, who were taken out on a school bus, cats caught from the water, were on the front pages of the media.

Aerial photography shows the crib, before the roofs are flooded with water. Animals died because of strong wind, buildings collapsed or drowned. Many farmers are hungry – the owners have nothing to feed and water animals.

And although most of the dead animals were meant for slaughter, many environmentalists say that the brutal death of pigs and birds shows that farmers do not worry about their well-being.

The influence of “Florence” on the pig farms of North Carolina has become dangerous for people. Sedimentation tanks, which contain feces and urine of pigs, are poured because of heavy rains and high water. And decaying pig waste, mixed with flood waters, can be a health hazard, especially for people with a weak immune system.

Leaks from sedimentation tanks can become a major environmental hazard, as untreated waste contributes to the blooming of algae that kill marine life.