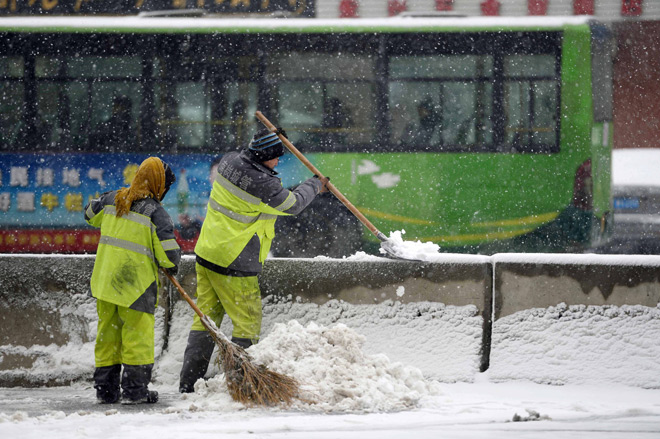 Tens of thousands of farms on the plateau are forced to be in Central China in the dark. The strongest snowfall which fell upon the region three days ago left locals without electricity.

The authorities in Enshi-Tutszya-Myaoskom the autonomous area in the Province of Hubei counted that 90 thousand people suffered from bad weather. Snow partially destroyed hundreds of houses, forced to leave houses more than 30 people, damaged 274 hectares of agricultural holdings and destroyed 51 hectares of crops.

The loss caused to power networks is grandiose. According to initial estimates of the state electric grid company, snow tumbled down 9 thousand electric columns and destroyed 63 transformers of tension and other service equipment.

Driving through highways is closed in some settlements of the province and lines of communication are torn off.

Since afternoon of Friday thousands of rescuers work on recovery of power giving. Snow, meanwhile, was replaced by a drizzle.