Because of the volcanic eruption in Sumatra, evacuation 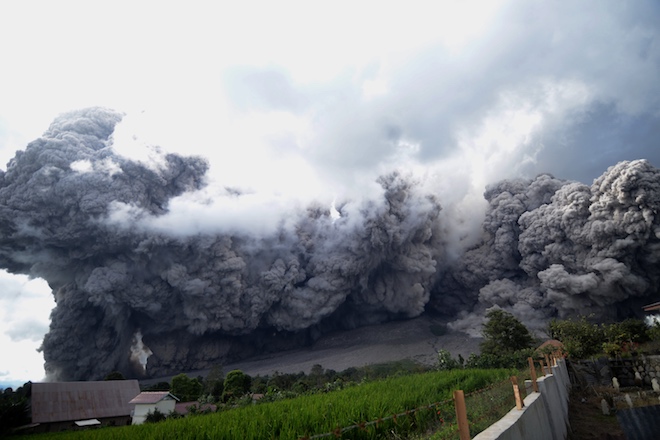 On the Indonesian island of Sumatra, evacuation was announced because of the eruption of the volcano Sinabung. On Wednesday, December 27, there was a release of ash to a height of five kilometers, affecting dozens of settlements.

The eruption was given the highest degree of danger. In the air, the concentration of harmful substances is exceeded. There were no reports of casualties and injuries.

Thousands of locals and tourists were trapped before they left the disaster zone. It was decided to place holidaymakers in hotels in the southern part of the island. Emergency services call for continued vigilance and do not approach the mountain less than seven kilometers.

The island of Sumatra, located in the Indian Ocean, is one of the most popular tourist destinations after Java and Bali. At last last month the volcano Agung, which caused hundreds of thousands of people to leave their hotels and houses, raged.