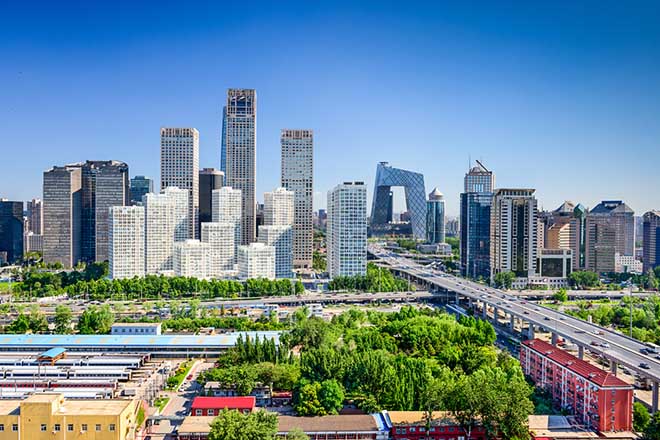 Terrible environmental problem of Beijing is under the earth: the sinking metropolis. Excessive pumping of groundwater causes the ground under the city to crumble, a new study reports. Scientists examined satellite images, which show that Beijing, especially the Central business district of the capital, sags every year on 11 see

The study authors have warned that subsidence is a threat to the security of the city with a population of over 20 million people, and can also disrupt the movement of trains.

Beijing is located on the dry plain, where ground water accumulated over thousands of years. Due to the drilling of wells and water intake the groundwater level falls, and the underlying soil is compressed like a dry sponge.

Drowning the whole city, but the subsidence is most pronounced in Chaoyang district, the business centre of the capital. Since the 1990s, in Chaoyang constructed many skyscrapers, ring roads and other infrastructure. In Beijing and around drilled tens of thousands of water wells that are used for farming and gardening.

In 2015, China began an engineering project that aims to solve water crisis in Beijing. The government has completed the construction of the project “the Turn of the Chinese rivers” — a network of canals and tunnels with a length of 2400 km, thanks to which the capital will receive 44.8 billion cubic meters of water per year.

Beijing is not alone in this problem. Mexico settles to 28 cm per year, with the same speed sinking Jakarta. Bangkok falls to 12 cm per year, slightly ahead of the Beijing.