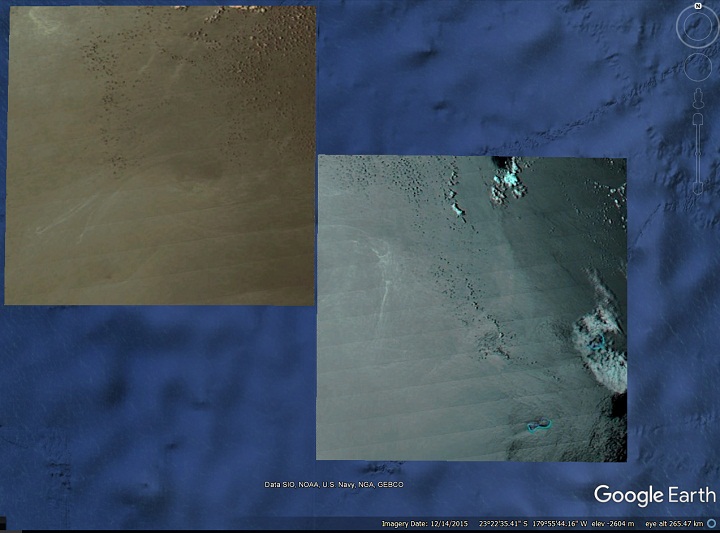 As reported by the new Zealand Institute of Geonet, while flying over the ocean between Fiji and New Zealand in marine waters were observed with large accumulation of pumice. Usually this phenomenon is observed in areas of volcanic activity, but the specialists of the Institute are no data on the existence of active volcanoes in the area.

Concentrations of pumice were seen on November 16, West of Minerva reef, a distance of about 600 km South-East of Fiji and 500 km South-West of Tonga. The closest active volcano to this area is the underwater top Monowai, located 400 km to the South-East. The volcano erupted on November 10-11, but it is not peculiar reproduction of pumice.

The Institute’s specialists have analyzed satellite imagery and concluded that the accumulation of pumice are drawn at a distance of about 100 km. To date, the source of its occurrence is not installed. It is worth noting that in October 2012, the same clusters were found in the area of the island of the Kermadec arc, northeast of New Zealand. Initially, the source also was unknown, but later scholars have correlated the appearance of pumice with the eruption of an underwater volcano Havre.