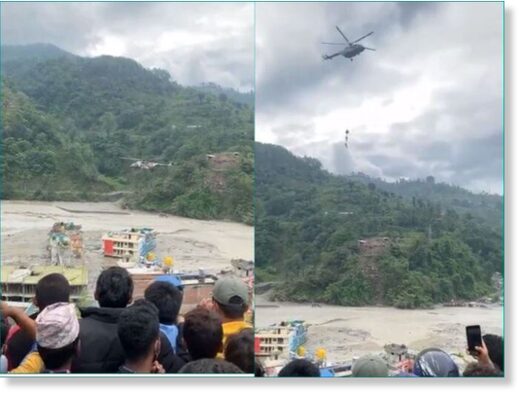 At least 10 people were killed in Bhutan after heavy monsoon rains caused flash flooding in a remote mountain camp in Laya. The rain also caused floods and landslides in neighboring Nepal, where officials say several people are missing.

Bhutan Prime Minister Lotay Tshering said in a statement that 10 people were killed and five injured, two of them seriously, in the tragedy that occurred in the early morning hours of June 16. The dead are believed to have been a group that was gathering cordyceps (a type of mushroom in the family Ophiocordycipitaceae) on the riverbank in Laie.

Rescue efforts are ongoing, and helicopters have been deployed to evacuate the victims. A rescue team, including military personnel, has been sent to the affected area, which is extremely remote.

The Prime Minister offered his condolences to the families of the victims and to the people of Laia. He also urged people across the country to avoid visiting or resting near rivers and to be mindful of the dangers of heavy rains during the monsoon.

According to media reports citing a Ministry of Interior spokesperson, 7 people are missing after flash floods in Melamchi, Sindhupalchowk district. However, a full assessment of the situation has not yet been completed.

A few days earlier, NDRRMA reported that one person was missing after flooding in the rural municipality of Bhairabi, Daylekh District, June 10, 2021. On the same day, a landslide destroyed a house in the rural municipality of Pancheshwar, Baitadi District. Local media reported that flooding in Beni, Myagdi district, damaged about 7 buildings on June 11, 2021.