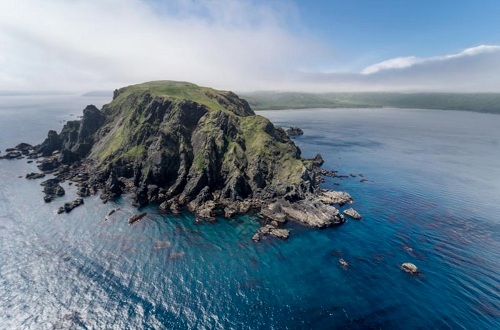 Alaska’s Big Sitkin Volcano is experiencing increased activity, prompting the Alaska Volcano Observatory to raise the aviation color code to yellow and the volcano alert level to advisory May 13, 2021.

Elevated surface temperatures have been seen on satellite images since January 2021 and have increased over the past two months.

Increased volcanic gas emissions have been recorded from the satellite since May 10. In addition, there has been a slight increase in local seismicity over the past two days. These data indicate the possibility of increased eruptive activity on Big Sitkin.

The Great Sitkin is monitored with a local seismic network in real time, which usually allows detection of changes that could lead to an explosive eruption.

Rapid detection of an ash eruption is possible using a combination of seismic, infrasound, lightning and satellite data.