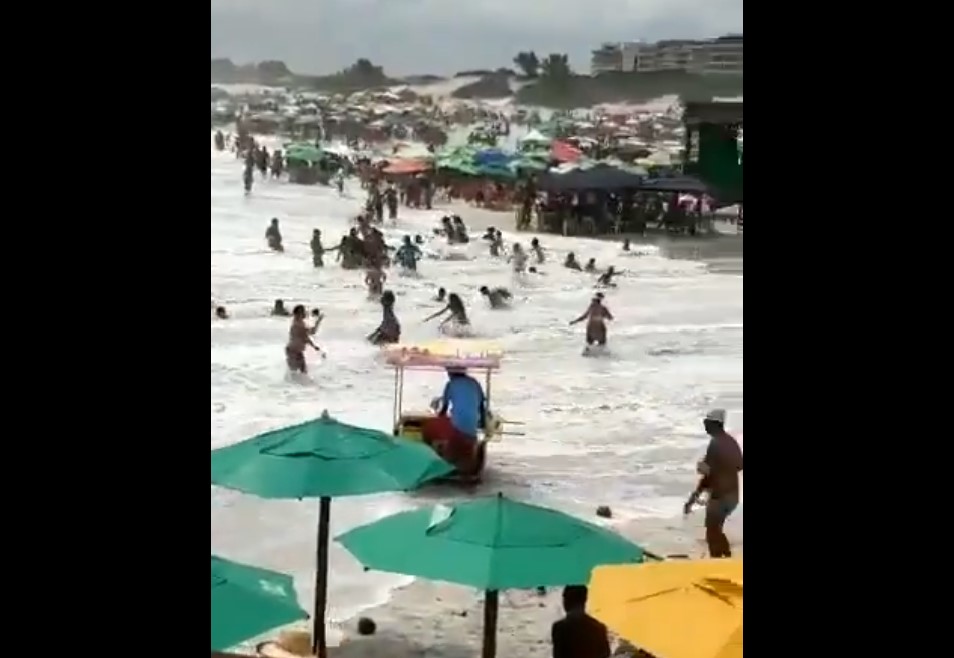 Tourists and locals were shocked after big waves hit the Brazilian beaches in the São Paulo area, taking people away and sweeping away everything in their path!

A dangerous situation prompted port officials to issue a warning for waves up to 3.5 meters high in Ubatuba, San Francisco.

An unexpected occurrence injured at least six people and a similar occurrence was reported along the coast of São Paulo, mainly on the beaches of Tenorio, Fazende, Itagua, Tonignas and Praia Grande.