Billionaires are preparing for the apocalypse. Do they know something? 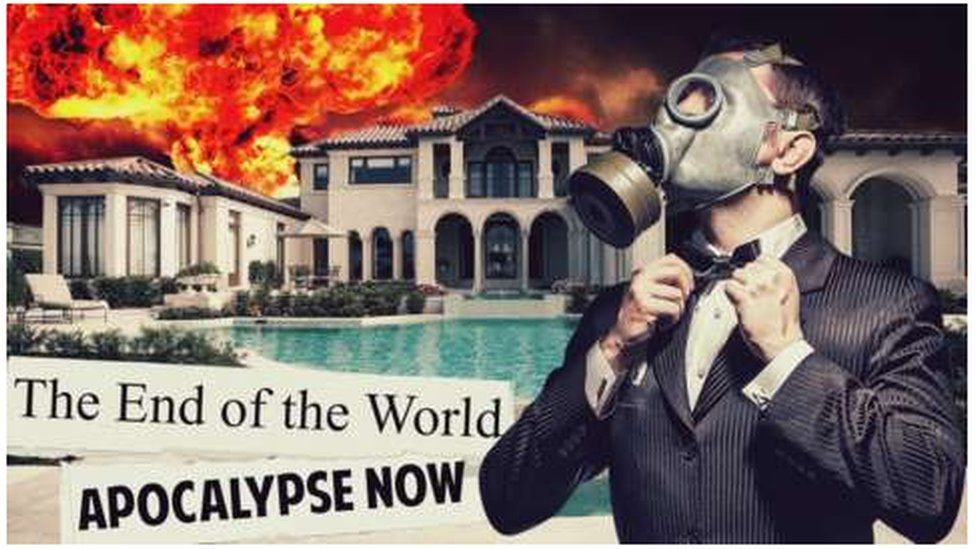 What comes to your mind when you hear the word “survivor”? An eccentric in a foil cap, stocked with pasta? Hippie, buried in the woods? In fact, it is a question of “survivors” of a different kind – billionaires from the Silicon Valley in California.

Yes, you did not misinterpret. These people are seriously preparing to survive in the conditions of complete disintegration of our society.

Some of them buy ready-made luxury bomb shelters, equipped with swimming pools, gyms and cinemas and capable of withstanding a nuclear strike.

It is rumored that even Bill Gates has such bunkers under his estates in California and the state of Washington.

Tim Chan, head of the venture firm Mayfield Fund, recently confided to the reporter for New Yorker magazine that he was actively buying up real estate, so that in case of anything he could hide.

Steve Huffman, the founder and head of Reddit, is going to make a laser vision correction.

“If our world comes to an end, getting contact lenses will be a big problem,” he says.

Perhaps the light on this puzzle will shed us Antonio Garcia-Martinez, a former employee of Facebook, recently moved to the island of Orcas in the state of Washington, where he spends his days writing articles, preparing speeches and advice to start-ups.

Last spring, at the height of the US election campaign, Martinez bought five acres of land on this islet, located between Seattle and Vancouver.

First of all, he began to equip the bomb shelters, installed solar panels, connected the generators and stocked cartridges for the rest of his life.

“In addition, I drilled an artesian well and put the pumps,” he says.

“Many advanced people in hi-tech now say that radical changes are awaiting us – in economics, in technology, and I do not think that most people realize the consequences, but we are aware,” Martinez warns.

In his opinion, people working in Silicon Valley can see such things better than others.

“It may sound pompous, but I believe that these people in San Francisco are already living in the future,” he says. “And not only in terms of technology, but also economically and socially, too.”

And this future is not particularly happy. Martinez believes that robotics and artificial intelligence will lead to the fact that in 20-30 years half of all jobs in America will disappear.

The speed with which entire industries will disappear, can lead to a powerful social explosion. Some people who have enormous wealth are already trying to protect themselves from this.

Most often this is expressed in the construction of a luxury bunker.

The American company Survival Condo builds condominiums in which one can survive an atomic war.

Larry Hall, the founder of the company, says that such houses, worth up to $ 4 million, have all the modern amenities, including a swimming pool, billiard room and a library. 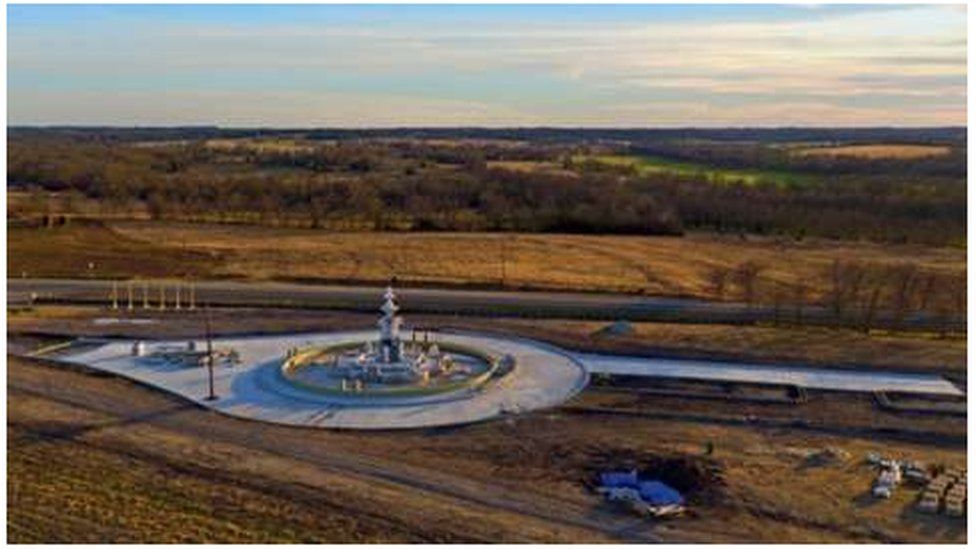 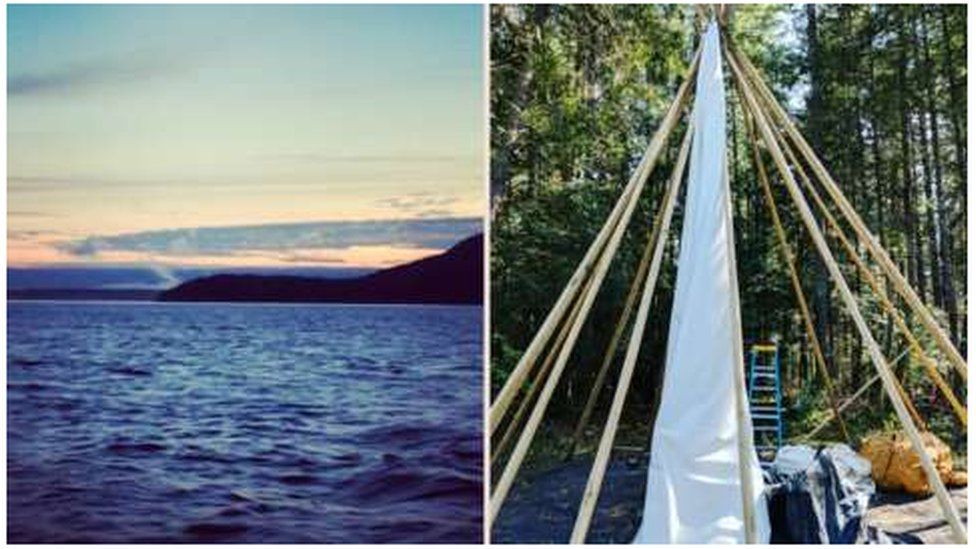 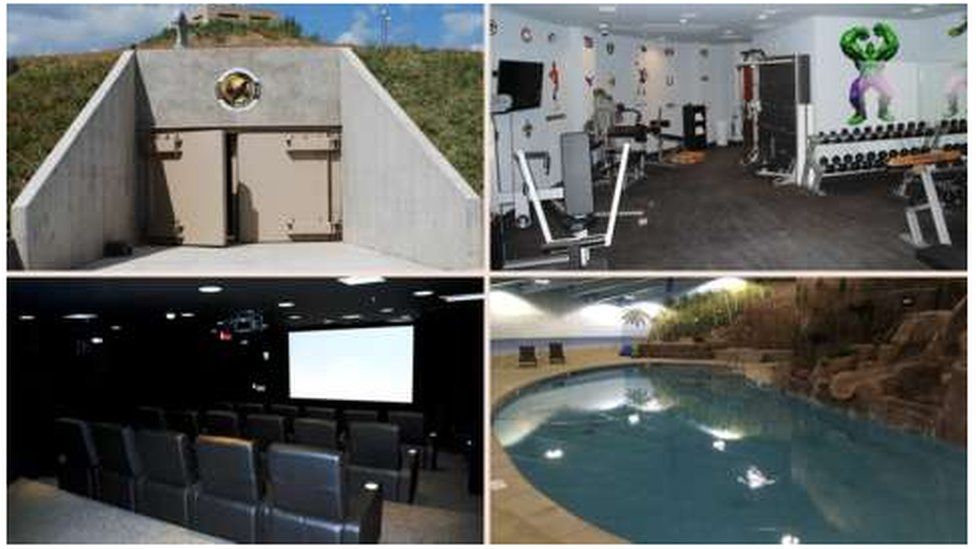 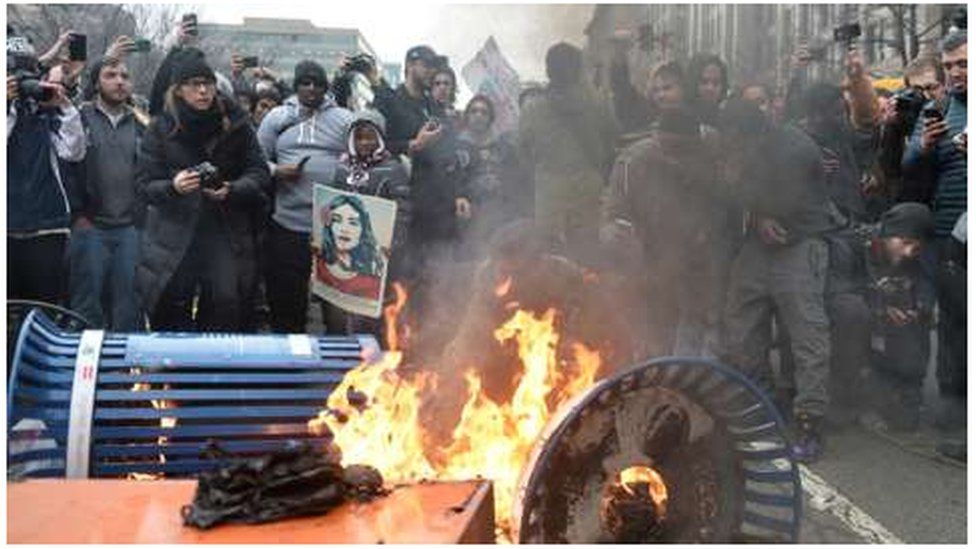 Hall thought about this idea immediately after the events of September 11, 2001, when the demand for such bunkers rose sharply.

“After each natural disaster or conflict, the demand for such facilities jumps,” says Hall.

He, however, refuses to tell who exactly buys such houses.

In Texas, a whole underground settlement called Trident Lakes is under construction. The village is advertised as a resort, ready to declare the atomic threat Defson-1 (the highest level).

In the village there will be golf courses, polo, athletic center, as well as helipads. All this will be under the control of armed guards.

In America, the inequality between rich and poor is even more acute. According to the National Bureau of Economic Research, in 1980 the richest 1% of the population earned an average of 27 times more than 50% of less wealthy Americans.

In 2016, the New York Times wrote about tent camps in San Francisco, a city in which, with a high concentration of wealth and housing prices, from which only the eyes on the forehead climb, more homeless than in any other American metropolis.

In addition to this, notes Antonio Garcia-Martinez, the political polarization of society is also growing. Social networks, he says, have turned all of us into a bunch of nagging idiots. All this, he believes, will not end well with anything.

In his opinion, the probability of civil war, mass unrest and other troubles is growing.

Many of the risk factors – robotization, artificial intelligence, social networks – were born exactly in the Silicon Valley by the creators of all these new companies driving technological progress.

And it seems that these people are preparing now to hide from the consequences of the coming changes in the secluded corners of the world.

“People react very painfully, and I understand it,” says Martinez, “these scoundrels, who contributed to the ruin of entire sectors of the economy and undermined our democratic political process by putting us on social networks, now are thinking of fleeing when all this explodes.”

Martinez is busy not only building his own shelter. He believes that all those who want to survive the impending catastrophe must have their own militia in order to fight off the marauding gangs.

He understands that all this sounds wild and smells of paranoia, but insists: “If there is complete chaos, we will create such a militia.”

The end may be closer than we think. And if it comes, survival will require some valuable skills.

Well, and a couple of billions in a bank account will not hurt either. So that’s okay.