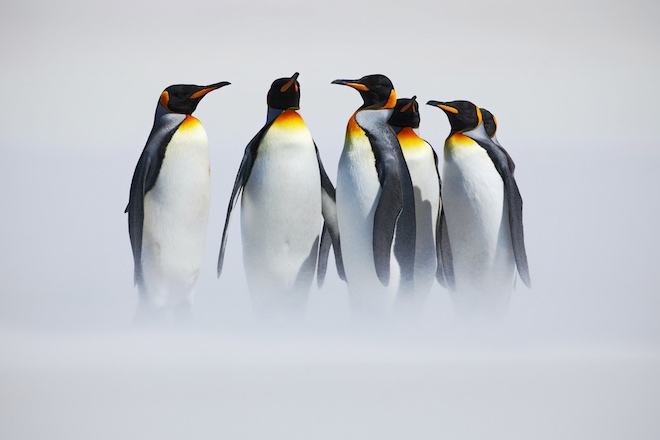 A new strain of avian flu discovered in penguins in Antarctica. The news saddened biologists — previously it was thought that viruses rarely make it to the frozen continent. Carry dangerous infection in migratory birds.

Australian researchers have discovered a new strain of avian influenza in Antarctic penguins in 2015. The virus was remarkably similar to the North American, and that means were in Antarctica recently. For the first time bird flu was recorded in Antarctica in 2013, but the discovery of the new strain indicates increased vulnerability penguins to a deadly disease.

A unique strain of influenza found in 2013 and again in 2014. This means that the virus can survive under the ice in winter, and then reappear on the surface in the summer.

Aeron hurt associate Professor of the Institute of infection and immunity Peter Doherty (Australia) said that previously, scientists believed Antarctica is protected from viruses thanks to the remoteness from other continents. The most probable importers of the virus in Antarctica — migratory birds Arctic tern and Skua. In North and South America migrating birds pick up the infection in the poultry farms from chickens and ducks and returned to Antarctica is already infected.

While the penguins until get bird flu, the fact that viruses can get to Antarctica, care professionals. “The influence of pathogenic influenza virus that causes the death or serious illness in birds, can be devastating,” says hurt.