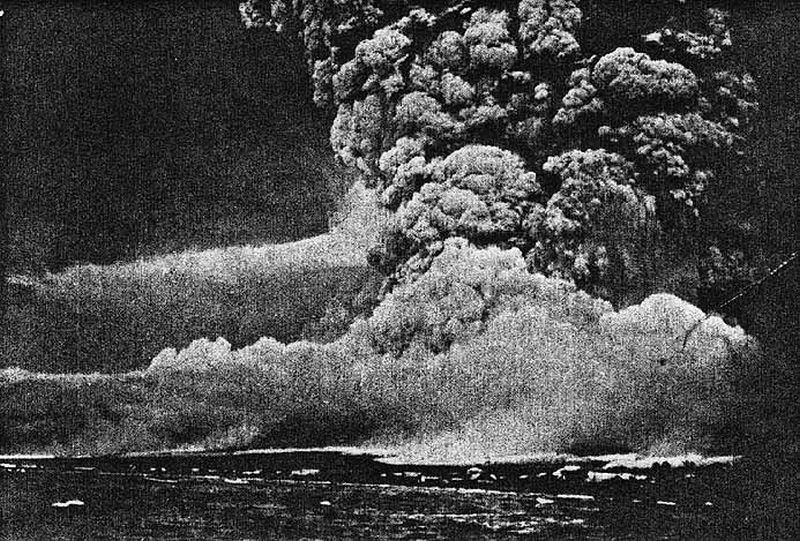 In 1912, Alaska eruption known in history of our planet as the most powerful in the twentieth century. Novarupta is one of the youngest volcanic formations in the world. His birth, in 1912, he noted a giant explosion, during which the atmosphere was thrown almost 30 cubic kilometers of ash and debris, including about 11 cubic kilometers of pyroclastic materials.

Novarupta is at a great distance from settlements, therefore, during the eruption was near him no person. But if at the moment of explosion near the giant were people, it is unlikely that they would be able to survive and tell about the disaster. For a long time it was believed that the cause of the eruption was located 10 km East of the volcano Katmai. Indeed, this giant was directly involved in a volcanic event and suffered greatly from its consequences.

When Novarupta erupted, he began to pull the magma out from under Katma by underground fissures and channels. The result Katmai could not stand its own weight and collapsed into the empty magma reservoir. In its place formed a Caldera measuring 3 to 4 km, and in the path of magma emerged a big hole in a funnel shape with a width of about 2 km. Only 65 years later after the disaster the study of the layers of ash in the area of the peaks allowed the scientists to establish that in fact, in 1912 erupted young Novarupta.

The explosion of the volcano got the code VEI-6 to 8-point scale explosion.
The volume of discarded materials eruption 3 times the eruptive activity of Pinatubo in 1991, and 30 times – the explosion of St Helens in 1980.
The disaster was one of the few high rhyolite eruptions ever recorded by man. 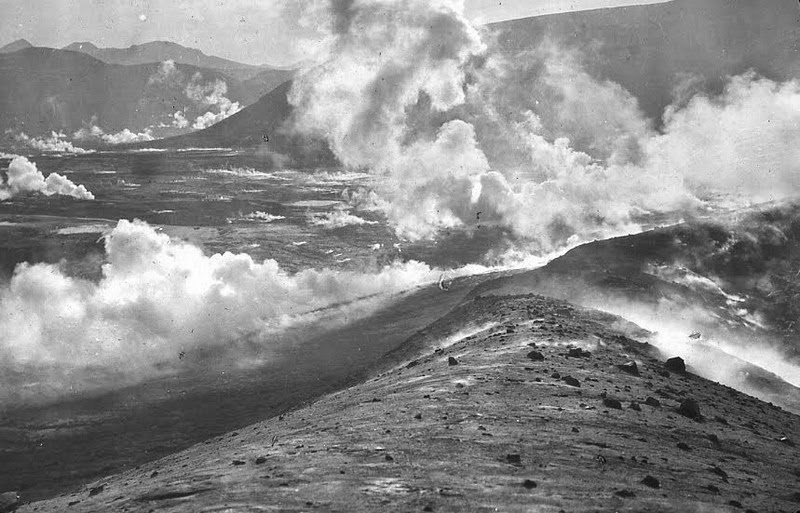 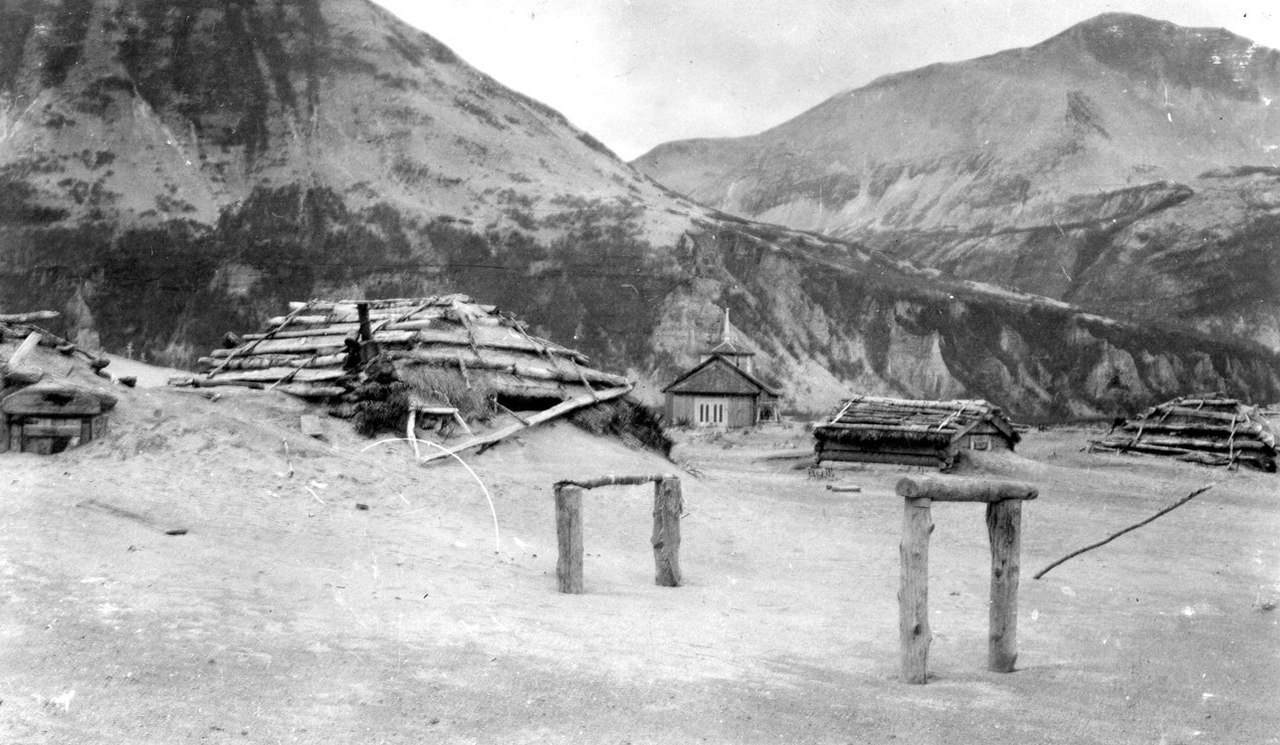 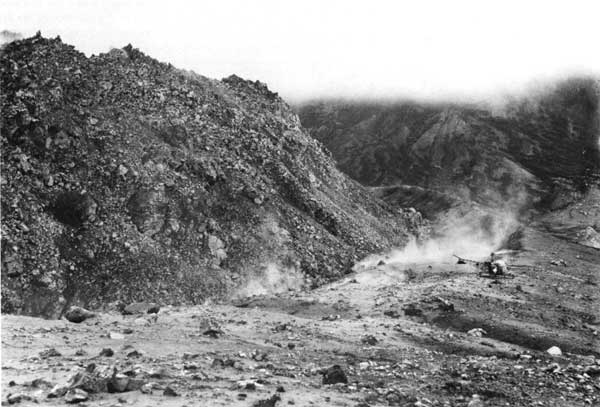 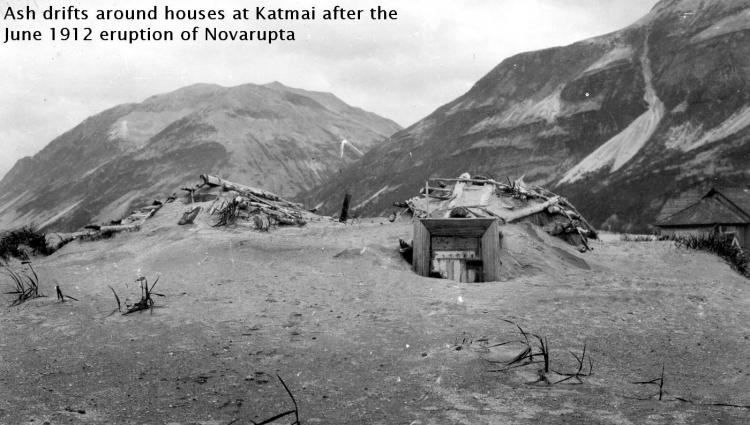 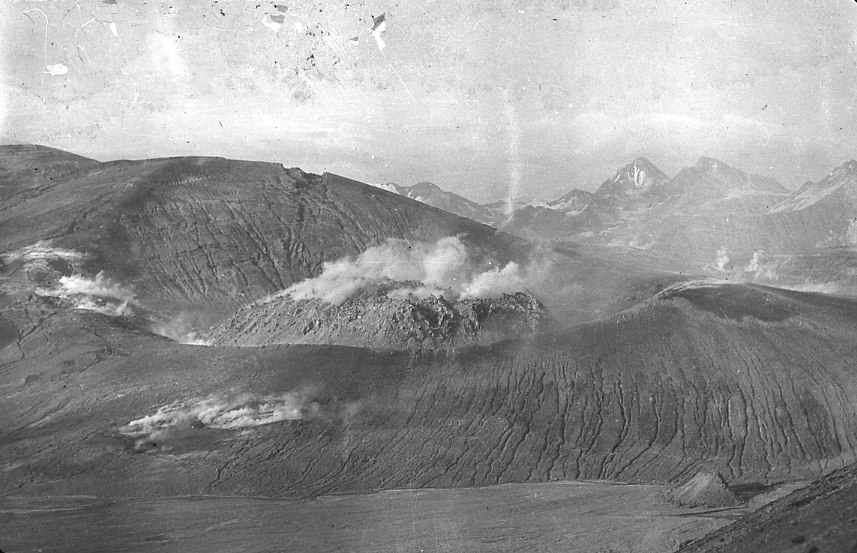 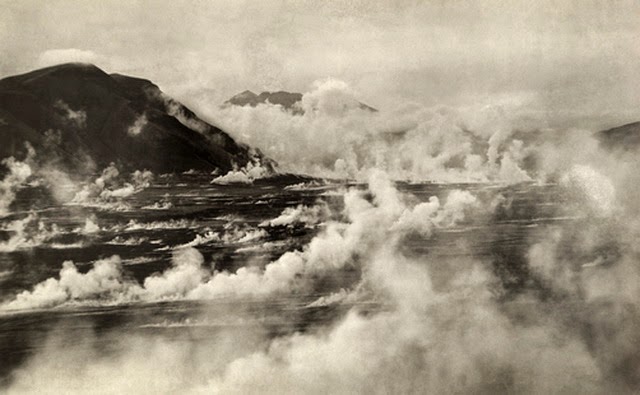 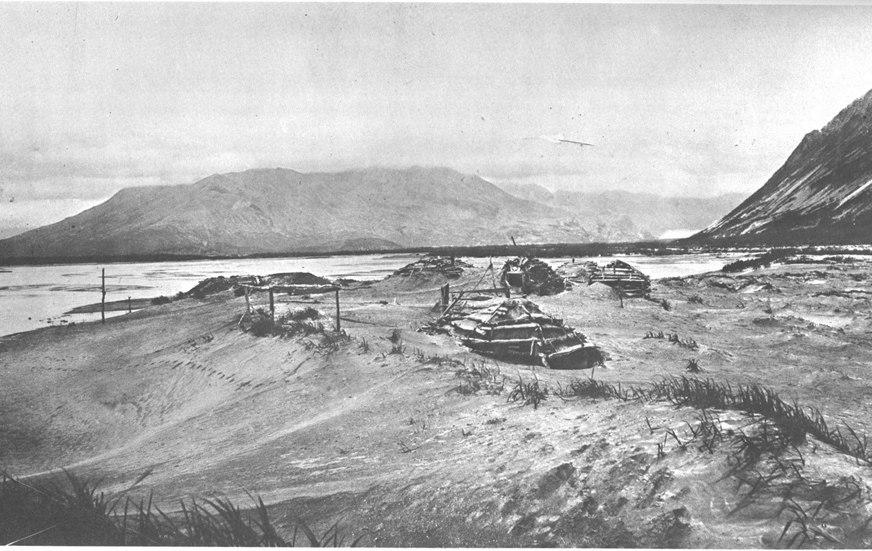 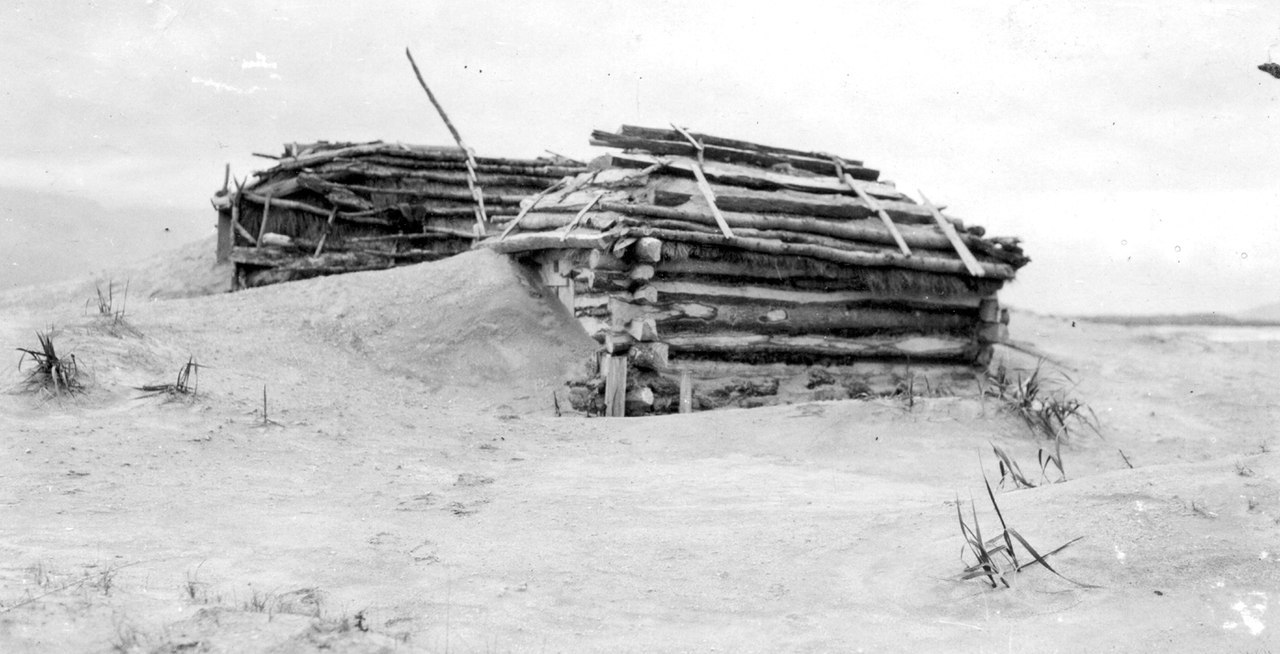 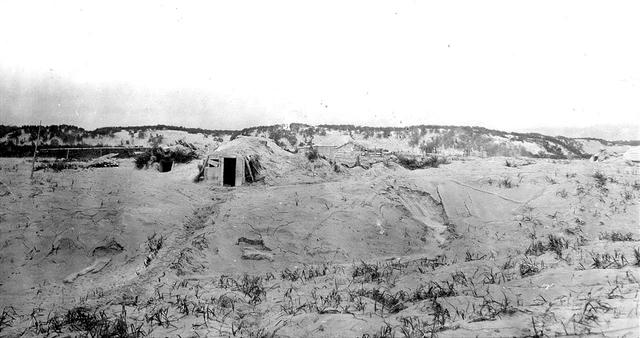 Volcanic activity Novarupta continued for 60 hours. The column of ash ejected by the giant, reached an altitude of 20,000 metres, and the roar of the explosion was heard in Juneau is at a distance of 1200 km from the volcano.

Within 3 days from the start of the eruption near the summit occurred about 100 earthquakes of magnitude above 5.0, including 14 aftershocks of magnitude 6.0. The earthquake has released 250 more energy than Pinatubo in 1991.

Volcanic event had a 10-year impact on the natural environment, including spawning salmon in the rivers in the area Katma. Interestingly, despite the size of the disaster, the impact Novarupta on the global climate was negligible. According to experts, after the eruption was only slightly reduced temperature and transparency of the air in the Northern hemisphere.

Pyroclastic flows, released a giant, covered an area of about 100 sq. km. In some places, their thickness has reached 210 meters. When in 1916, in the district Novarupta arrived Explorer Robert F. Griggs of the National geographic society, he saw a vast valley filled with pyroclastic material. As far as the eye, the cracks flowed tens of thousands of hissing steam of the fountains, so scientist have called the area “the Valley of ten thousand smokes”.

The area of the Caldera Katma less than the amount of magma poured out of Novarupta. Probably by volcanic cluster is still a large amount of incandescent material that was not drawn during the eruption. For this reason, scientists have every reason to believe that the giant has great potential for a new massive explosion.