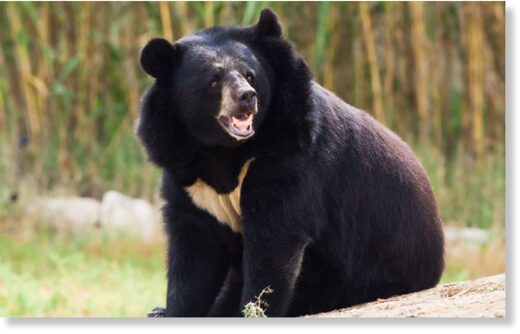 The black bear attacked four people between the ages of 50 and 90 and damaged a police car in central Japan before being shot and killed, police and local officials said.

A 95-year-old man and a 63-year-old woman were seriously injured in separate attacks by an Asian black bear in Hakusan, Ishikawa Prefecture, on Friday afternoon.

Prior to these incidents, the police car was damaged when a bear crashed into the car from behind and punched one of the tires with its claws. Police were patrolling the area after receiving reports in the morning that the animal had been spotted in a city shopping center.

After the attack on the car, the bear disappeared into the house, where he was shot.

According to police, the bear was 1.3 meters long and weighed over 100 kilograms.