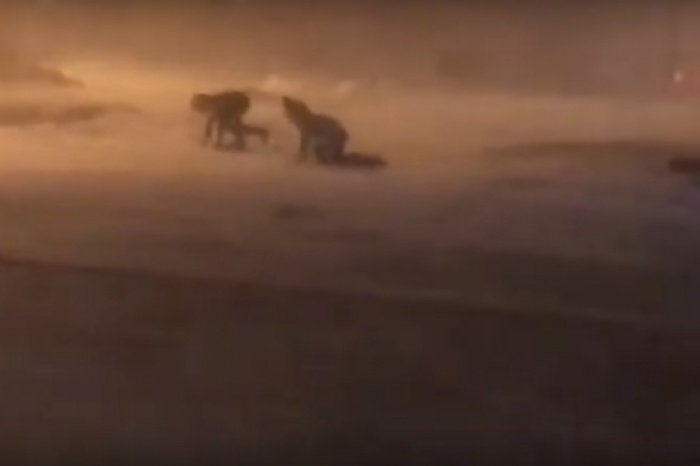 In Norilsk municipal services assess the damage that was caused by Blizzard. From January 25 with the city, and also in the South of the Taimyr Peninsula raged for so-called “black Blizzard” — the wind speed reached 32 m/s According to Beaufort scale this storm was estimated to be 11 points out of 12, that is “violent storm” — the visibility does not exceed a few hundred meters.

From January 25 in Norilsk operates a storm warning. In the video you can see how the wind literally blows pedestrians who have to walk on all fours and to hold each other to resist strong gusts of wind.

On a street with multi-storey houses were demolished, the roof was also blocked route Norilsk-Alykel. Messages on victims did not arrive. At the present time element has passed, experts have begun to clear the streets of Norilsk and Dudinka from snow drifts and assess the damage.

The climate in Norilsk — the subarctic is one of the coldest cities in the world and one of the five most windiest cities on the planet. Winter runs from September to may, and the snow does not melt from 7 to 9 months of the year. Frosty days are often accompanied by Gale force winds and blizzards last year the wind was so strong that the airport has deployed a multi-ton passenger “Boeing”.