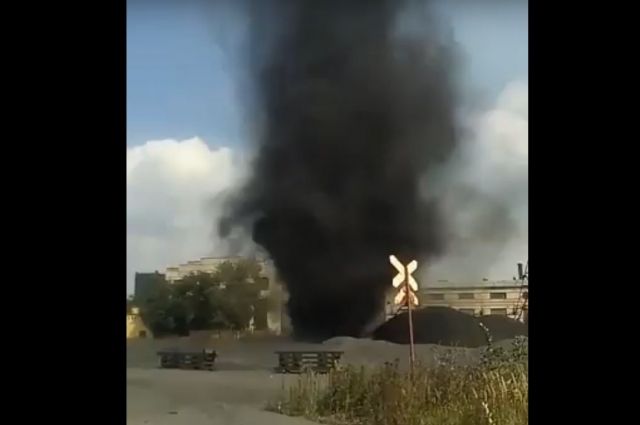 In Chelyabinsk, on the territory of one of the factories workers saw a black column of coal dust, similar to a tornado.

As the author of the clip noted, the vortices formed over the coal dust. Ten seconds later, the tornado became so high that one of the voices behind the scenes called it “a portal into space.” A minute later a cloud of twist came off the surface of the earth and rose ever higher toward the sky.