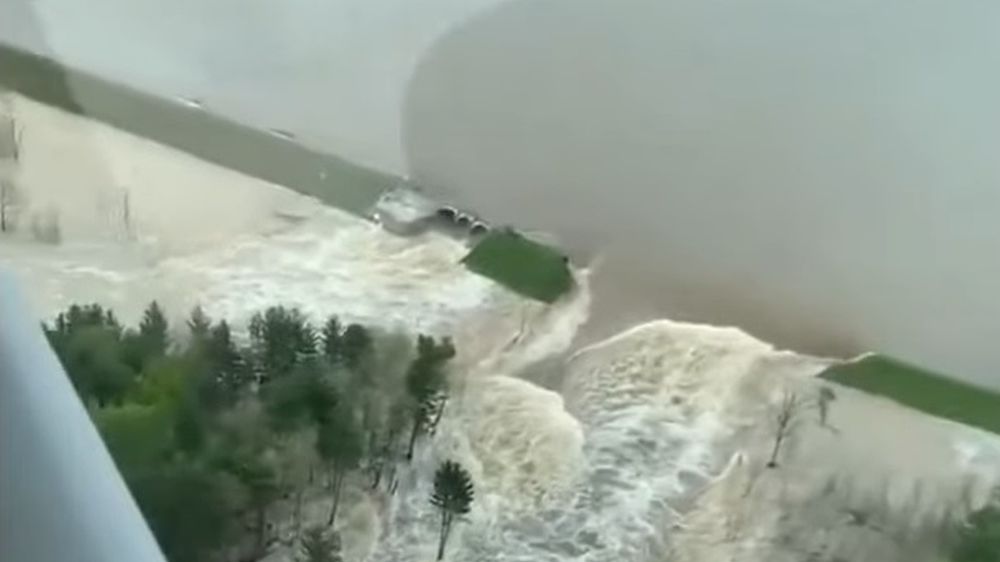 Heavy and prolonged rains on May 20 in the United States in the Great Lakes region led to the breaking of the dam on the Tittabawashi River in Midland, Michigan. Water flooded nearby areas, destroyed roads and dams.

The American company Dow Chemical, whose plant is located in the flood zone, on Wednesday evacuated personnel and stopped production. According to TASS, all production facilities at the facility were stopped, except for the units necessary to monitor the state of chemicals, all rail carts with tanks were fixed and protected. None of the chemical workers were injured.

However, the company management confirmed that the waters of the spilled river fell into storage ponds designed to drain concentrated wastewater. The incident is fraught with flooding of storage tanks for chemicals and their release into the soil in populated areas located downstream of the Tittabavashi.

We add that the company produced at this enterprise the super-toxic herbicide Agent Orange, used by the Americans during the Vietnam War, and mustard gas (mustard gas), and now it produces paints and materials for plastic packaging.