Britain was attacked by toxic caterpillars 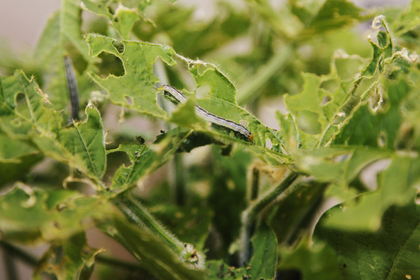 In the UK, the invasion of oak moths began, whose larvae are very toxic.Dangerous caterpillars were noticed in the southeast of England, their numbers are growing. Toxins that are contained in hairs on the body of the caterpillar cause dizziness, fever, irritation of the eyes and throat, as well as skin rashes and asthma attacks.

The Forestry Commission of Great Britain asks residents of the country, who will notice the caterpillars, not to approach them and report to the commission, where they saw the places of congestion of insects.

In 2017, the British caterpillars of the oak cocoonworm were struck by a zombie virus: the infection caused insects to crawl into the light, the infected larvae quickly died, and their bodies exploded, which contributed to the spread of the virus.

Usually, larvae of this species are kept in the shade so that they are not noticed by birds. But the infection has changed their behavior, the Wildlife Trust experts have compared it to the zombie films.