British chemists made sugar and ordinary plastic from the air 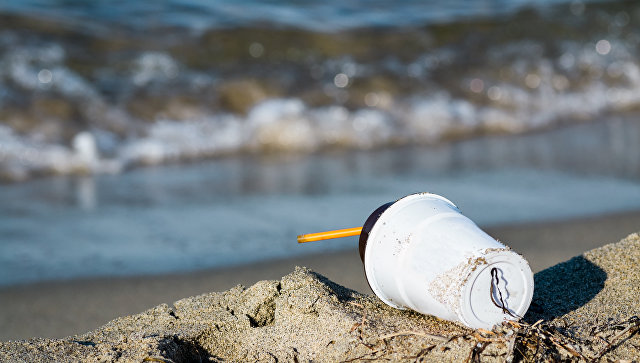 British scientists have developed a technique for converting conventional sugars and carbon dioxide from air into polycarbonates and other types of plastics, which will allow them to abandon hydrocarbons in the future when they are produced, according to an article published in the journal Polymer Chemistry.

“The population of the Earth is constantly growing and with it the demand for plastics is also growing.Our” renewable “plastic is a good alternative for polymers synthesized from fossil hydrocarbons, they are cheap and at the same time well decomposed by microbes, so they will not clog the oceans and land , As their oil and gas cousins ​​do, “explains Antoine Buchard of the University of Bath, Great Britain.

Today, about 300 million tons of plastic debris fall on landfills every year, most of which is not decomposed by soil microbes and remains in almost untouched form for tens or even hundreds of years. Many plastic particles enter the waters of the world’s oceans, where they enter the stomachs of fish and birds and often cause their death.

Bouchard and his colleagues at the university propose to deal with this problem using the techniques they developed for the synthesis of plastics and polymers that are used today to make dishes, CDs, lenses for glasses and equipment, and other household items.

Their synthesis technique allows to “glue” the molecules of the simplest sugars and carbon dioxide and convert them into single units of future polymer molecules already at room temperature, without using for this purpose phosgene and other toxic catalysts that are used today in industry for the production of such substances. These molecules, as further experiments have shown, can themselves be glued together into long chains without the participation of catalysts or solution heating.

These polymers, the so-called polycarbonates, are highly degraded by bacteria and their “hydrocarbon” versions are already used today in the medical and food industries for a variety of purposes. The use of simple sugars and CO2 from the air, in turn, will make them more accessible and will allow the use of such plastics in everyday life and in production on a wider scale.

Russian scientists have created ultra-strong polymers capable of replacing metal
“The properties of these plastics can be flexibly changed by modifying the structure of their molecules.For example, we can make cells adhere to it by making its molecules positively charged.This will make it possible to use structures from such a substance to grow artificial tissues and organs, which we are already engaged in” , – concludes Georgina Gregory (Georgina Gregory), a colleague of Bouchard on the university.