Bryansk was hit by a large city, Russia 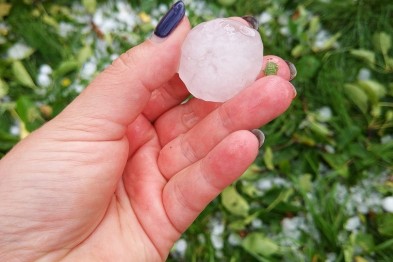 On the eve of Bryansk, a strong hail passed. According to eyewitnesses, at least three people were injured.

Most bad weather hit the Bezhitsky district. In particular, vacationers on Lake Orlik suffered from the hail. There is practically no place to hide from the elements. People waited “bombardment” directly under the open sky.

According to eyewitnesses, the city caused injuries to a woman and two children.

“The woman’s face was covered with blood – the hailstones hit the head,” the witnesses of the incident write on social networks.