Buried in an avalanche of hotel killed more than 30 people 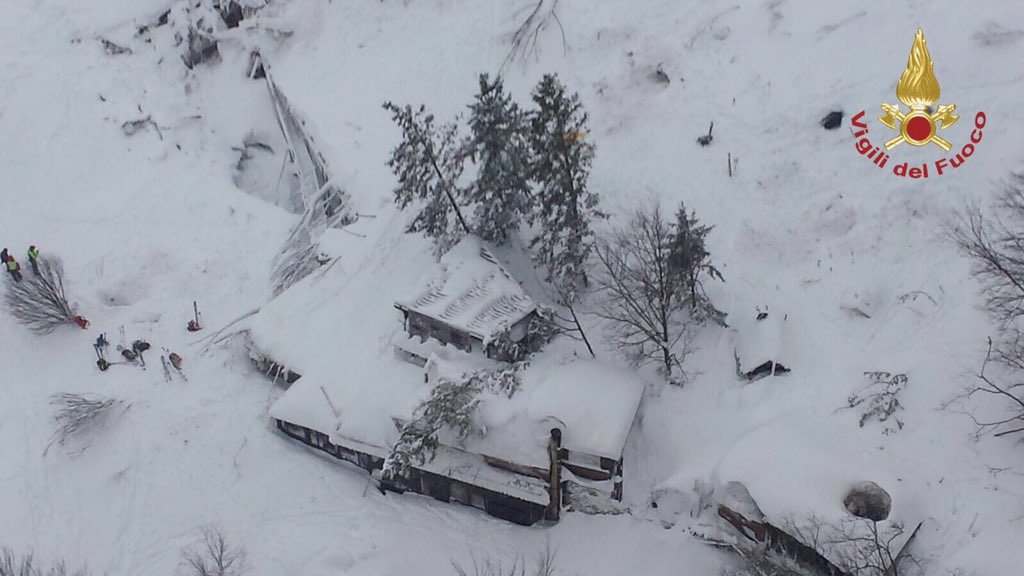 A huge mass of snow descended on the hotel di Rigopiano Farindola. An avalanche probably triggered a strong earthquake. She literally covered the hotel guests. At the moment, rescued two people. At the time of the tragedy, they were out of the room and witnessed the incident.

Rescuers began digging a hotel in Italy that avalanche of snow. The tragic incident happened on Wednesday evening, January 18, in the Central Italian region of Abruzzo, in the mountain range of Gran Sasso.

Confirmed fears that the hotel is littered with many dead. According to Reuters, from-under blockages have already retrieved 30 bodies. the Exact number of rescuers discovered the victims at the moment is not called. At the time of the avalanche at the hotel were more than 20 tourists and hotel staff.

Rescuers for several hours due to difficult weather conditions tried to get to the hotel. In the mountainous areas of the Central Apennines in the past few days does not stop the snowfall. Rescuers had to reach the hotel, located in the mountains, skiing. It took a few hours. The first group was able to get to him only about 4 hours 30 minutes local time (6:30 Moscow time).

It is reported that in the vicinity of the structure partially collapsed, partially under the snow, trying to land the helicopter rescue services.

At the beginning of the rescue operation, the head of the province of Pescara and Antonio Di Marco wrote on his page on the social network Facebook that he does not know how many people were in the hotel and how many of them the wounded and the dead. At the moment, confirmed the worst fears – the building is badly damaged, to find survivors is becoming increasingly difficult.

Russian tourists in an Italian hotel, covered in an avalanche, no, said the Federal tourism Agency.