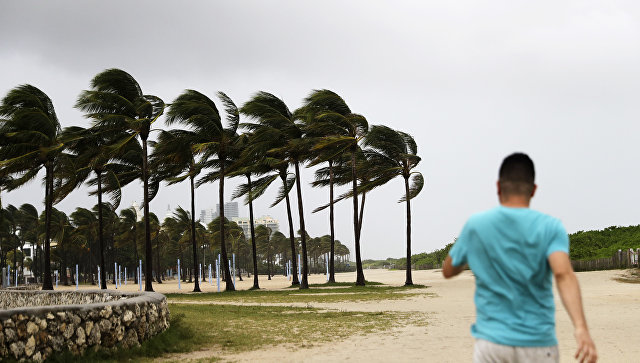 The main victim of hurricanes and snow storms off the Atlantic coast may not be residents of the eastern coast of the United States and Mexico, and butterfly monarchs, whose number decreased by 40% during last spring storm season, say environmentalists.

“An excessively long and severe storm destroyed that microclimate in the fir forests of Mexico, which protected the butterflies from the winter cold, and as a result almost all the colonies of insects simply died out and ceased to exist.This event clearly demonstrated to us that it is necessary to protect not only the butterflies themselves, but also the forest in which they live, “says Lincoln Brower, an ecologist from the College of Sweet Briar (USA). 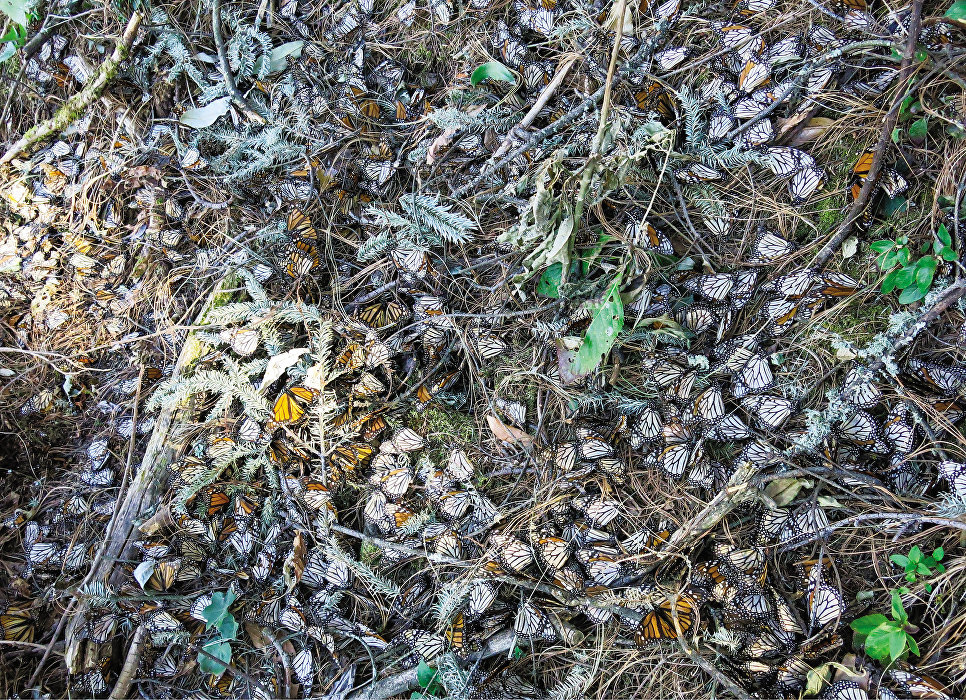 “Cemetery” of butterflies-monarchs, who died after last year’s series of hurricanes in Mexico

The North American butterfly monarch (Danaus plexippus) belongs to the number of insects migrating to distant distances. In summer, these butterflies and their larvae prefer to inhabit the temperate and subtropical regions of the United States, and in the autumn and winter they migrate to the southern limits of Mexico and other countries of Central America. There are cases when monarchs flew to other continents – some butterflies were seen in southern Britain, the Russian Far East, Australia and the Hawaiian Islands.

In recent years, the number of monarchs and many other butterflies began to decline dramatically across the planet, prompting scientists to study what factors, including climate change and human activities, could cause similar problems.

Brouwer and his colleagues found that today the main threat to the “intercontinental” butterflies is not the climate or man, but the forces of nature in the form of a series of powerful hurricanes continuously “attacking” the coasts of the United States and Mexico in the last two years.

Scientists made this discovery last spring, observing the life of butterflies in two large colonies of these insects in the forests of Sierra Chinchua and Cerro Pelon. Both of these forests are located on the territory of the so-called Monarch butterfly Biosphere Reserve, a small corner of the mountains in the Mexican state of Michoacan, where about a million butterflies winter each year.

Here, as the researchers note, there were unique climatic conditions and especially mild and windless climate, which previously allowed insects to survive even when the temperature dropped below zero and the rains began.

Last year, the situation changed dramatically – a series of powerful hurricanes and snowfalls that swept across Mexico in March 2016, demolished a large number of firs and other coniferous trees that adorned the reserve. Their fallen logs were taken out by foresters and environmentalists, who feared that in the summer this tree-crust could catch fire and destroy the colonies of monarchs.

In fact, similar rescue measures signed a death sentence for butterflies – the removal of fallen trees and selective deforestation forever changed its microclimate, allowing the cold winds to penetrate deep into the reserve.

As a result of this, according to preliminary estimates of Brouwer and his colleagues, only in these colonies, about 31-38% of butterflies perished, and the total number of victims of hurricanes and snowfalls is estimated by scientists in 40% of the wintering monarch population.

The number of monarchs, according to the scientist, decreased by 90% compared to the mid-1990s, and further strengthening of hurricanes, as scientists fear, could lead to the almost complete disappearance of these butterflies.