By 2050, the frequency of coastal floods will double 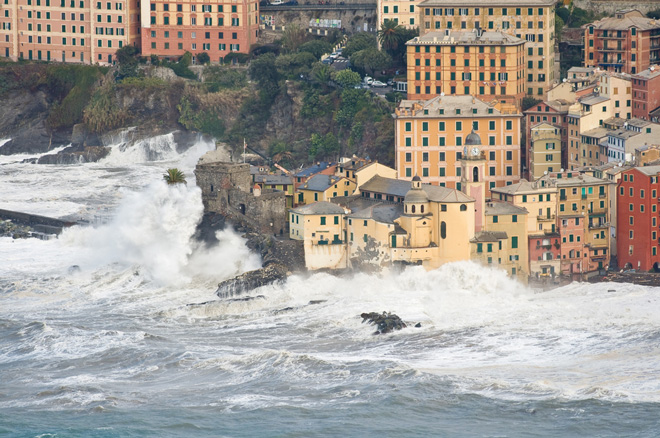 Scientists predict that by the middle of the century the ocean level will increase by 10-20 cm, which will double the frequency of coastal floods, especially in tropical regions.

Large cities on the North American coast, such as Vancouver, Seattle, San Francisco and Los Angeles, along with the European Atlantic coast are more at risk of flooding.

To double the number of serious floods in the tropics, including in the densely populated river deltas of Asia and Africa, there is a much smaller jump in the ocean level. Even at a low boundary of the spectrum of this marine growth, Mumbai, Kochi, Abidjan and many other cities will suffer significantly.

“We are 95% confident that adding 5-10 cm of water will more than double the frequency of floods in these areas,” said lead author climatologist Sen Witusek of the University of Illinois in Chicago.

“Small island states, already subject to floods, will become even harder. The increase in floods as climate change threatens the very existence and sustainability of coastal communities around the world. ”

Coastal floods are caused by strong storms and intensify when several factors converge – large waves, storm surges and high tides. However, as scientists note, until now global estimates of future coastal floods have not properly considered the role of waves in this process. Most of the data used in previous studies is derived from tidal measuring stations that record tides and storm surges, but not waves.

To fill the gap, Vitusek and his colleagues used computer modeling and a statistical method called the theory of extreme values. They decided to determine what rise in sea level would be required to double the frequency of floods taking into account the wave factor. It turned out that very little.

Sea level is currently growing at 3-4 mm per year, but over the past decade, growth rates have increased by about 30%. And this is not the limit, since ice blocks of continental size at the poles continue to lose mass, especially in Antarctica.

If by the middle of the century the ocean level increases by 25 cm, then large floods in the tropics, which occur every 50 years, will occur every year and more often, the scientist noted.

According to forecasts of the National Oceanic and Atmospheric Administration of the USA, by 2100 the global average sea level will grow by 2.5 m.

The study is published in the journal Scientific Reports.