By 2100, six natural disasters will immediately threaten some parts of the earth. 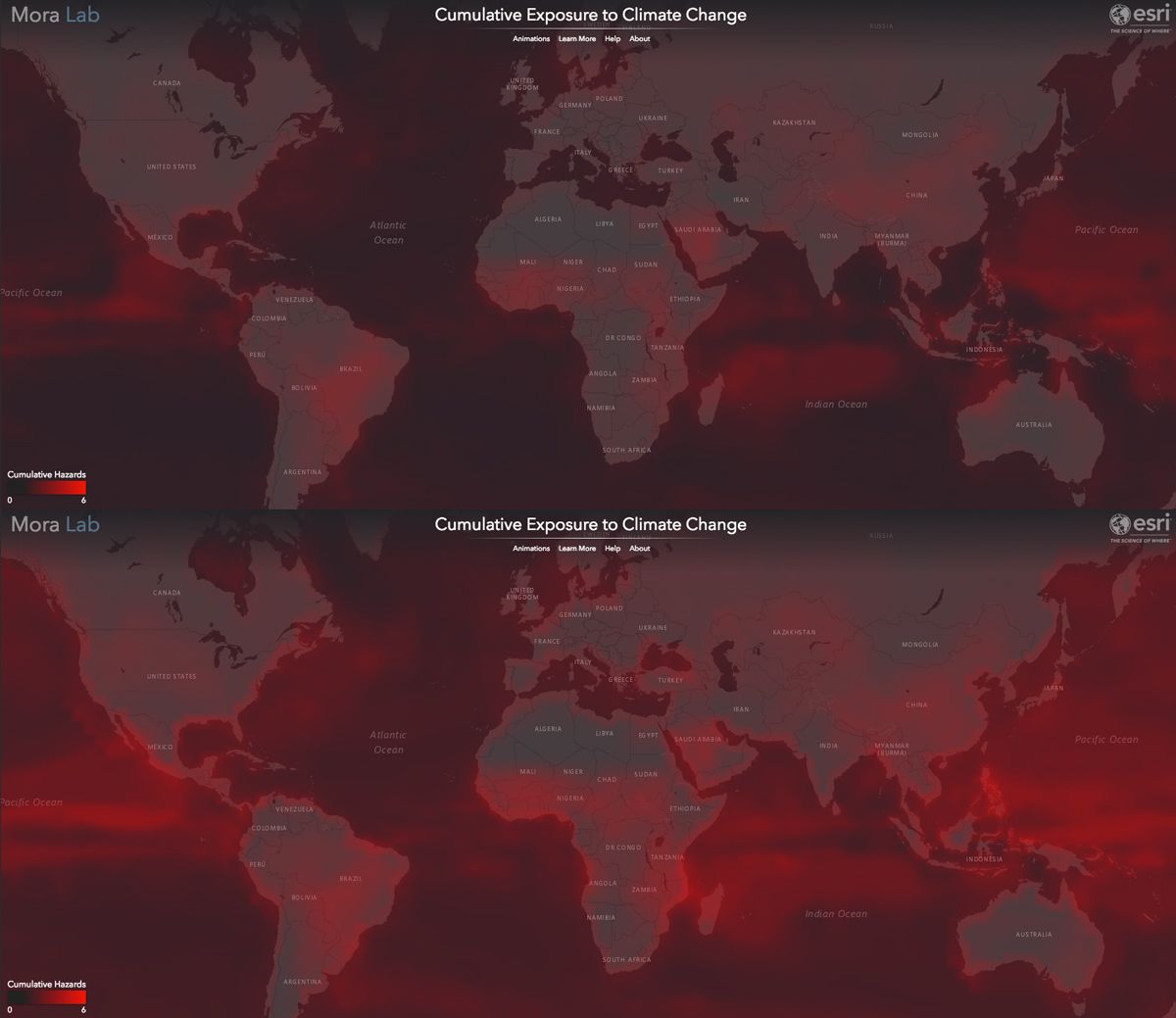 Today, people usually have to face one climate catastrophe at a time. In the next century, the situation will only get worse, as warned by a group of leading researchers in the field of climate change: we will need to deal with several disasters at once.

In an article published in the journal Nature Climate Change, Camilo Mora, a staff member at the University of Hawaii at Manoa, and colleagues reviewed more than 3,200 scientific papers and found 467 examples of how climate change has already affected humanity. The paper indicates how climatic disasters such as heat, forest fires, floods, and rising sea levels affected illness, food supplies, the economy, infrastructure, security, and other aspects of society.

The research team created an interactive map of the world based on peer-reviewed forecasts that demonstrated parallel processes of climate change and their implications for humanity in the coming century. For example, by the end of the century, New Yorkers may face four distinct climatic risks, including drought, rising sea levels and temperatures, and abnormal rainfall. Los Angeles is likely to face three. Particularly vulnerable tropical areas of the world can deal with a whole set of six threats.

The report predicts that developing countries will face heavy casualties, while first world countries will suffer enormous economic damage due to destruction. Despite the fact that climate change is now being actively studied, scientists stress that most research focuses on only one or two threats, without providing data on the effects of global warming. Mora and colleagues believe that climate change will pose several threats to humanity at once.

For example, an increase in atmospheric temperature can aggravate the evaporation of moisture in dry regions, leading to drought and forest fires. In damp places, on the contrary, there may be heavy rain and flooding. As the temperature of the World Ocean rises, the water will evaporate faster, causing powerful hurricanes with strong winds and storm surges due to rising sea levels.

Scientists hope that science will eventually convince people to start working together to solve this global problem. According to them, massive community efforts — such as the Go Carbon Neutral project in Hawaii, aimed at offsetting carbon dioxide emissions from planting trees, which Mora is also involved in — will make a tangible contribution to climate change.

“It’s like a puzzle in which all the pieces are scattered everywhere. You can see the whole picture only when you put them together. This is a battle that we cannot afford to lose. We have no other planet, ”says Mora.