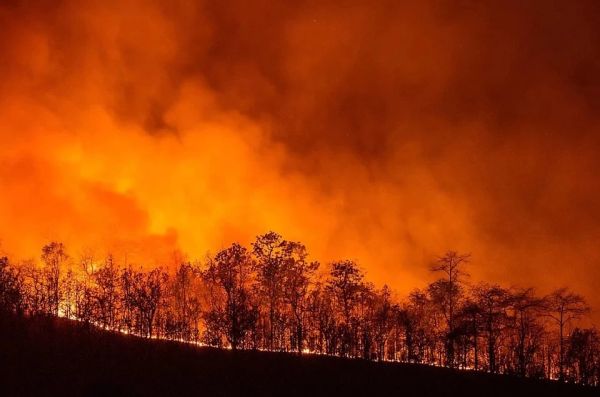 In Los Angeles, an absolute heat record has been set in the entire history of meteorological observations. Record numbers are also showing the area of ​​wildfires in the state.

Another anti-record was set in Los Angeles. The heat in this city on Sunday reached 49.4 degrees Celsius. According to the US National Meteorological Service, this is an all-time high on record. Prior to this, the hottest day in Los Angeles was July 22, 2006, when the temperature rose to 48.3 degrees Celsius.

We will remind, the state of emergency in the US state of California was introduced on August 18 due to the unprecedented heat and grandiose wildfires. According to the latest data, the fire destroyed or damaged over 2.86 thousand buildings. 8 people were killed. Local authorities have warned of possible power outages due to grid congestion associated with the unprecedented heat. And on social networks, locals post photos of the blood-red Sun, shot through the smoke of forest fires.

The sun in the #californiafires this is wild. The whole sky has been white all day. pic.twitter.com/I4Cc1VCCOc