California is covered by natural fires 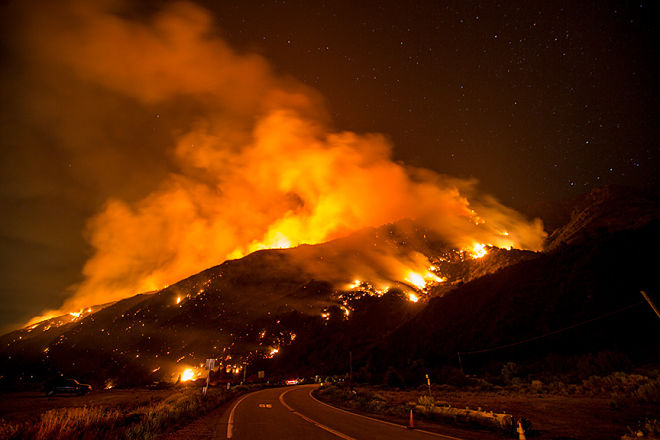 In the USA, in the states of Oregon, Colorado, Utah, Alaska, Wyoming, California and Washington, forest fires are raging. Because of the fires in California in the district of Santa Barbara was declared mandatory evacuation for 3200 people.

The fire spread over an area of ​​30 hectares and has already destroyed about 50 buildings. The flame is localized only by 5%, 350 fire fighters and 4 helicopters are fighting fire. About 2000 people were left without electricity. The reason for such a rapid spread of fire is increased wind and anomalous heat in the region.

July 6, California Governor Jerry Brown in connection with the fire announced the regime of emergency in the district of San Diego, where several houses were burned and some routes were closed. According to the media, as a result of a fire at the border of the states of Oregon and California, one person was killed.

According to the National Interagency Fire Center in the US, the country has more than 60 forest fires in 13 states, most of which are raging in the west of the United States. Their area is 11.7 thousand square kilometers, the number of fires since the beginning of this year has exceeded 30 thousand.