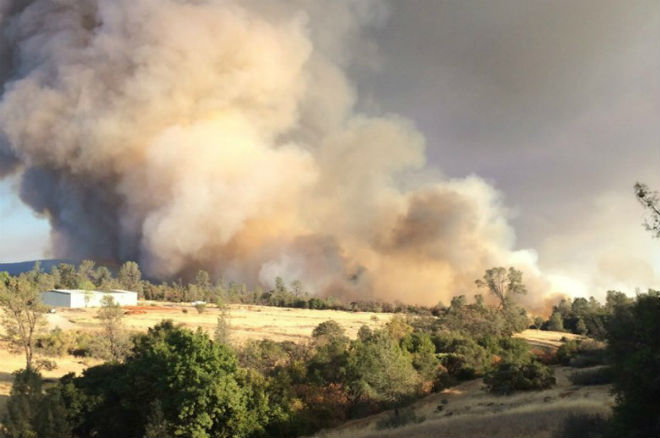 In California raging at least nine forest fires in the fighting which involved more than 4 thousand people. Fire observed throughout the state from South to North.

In Butte County a fire destroyed 850 hectares of forest. Currently, rescuers managed to cope with 60% of fire. Burned at least three homes. Initially threatened were 300 buildings, currently this number was reduced to 100. The cause of the fire is being investigated.