California shaken by aftershocks of magnitude up to 5.1

On Wednesday 10 Aug to the North of the volcanic complex, California Clear lake, a series of earthquakes of magnitudes up to 5.1. In total for the current day in the area, there were 16 aftershocks with the epicenter at a depth of from 0.4 to 19.2 km.

The largest seismic event was registered at 2:57 UTC at a depth of 14.4 km, initially received a 5.0 magnitude, but later the USGS raised these figures to 5.1. After the main shock was followed by a smaller earthquake of a magnitude of 1.9 to 3.0. Reported the appearance of cracks in the walls of houses and on the edges of the pools in the settlements near the Upper lake in lake County. 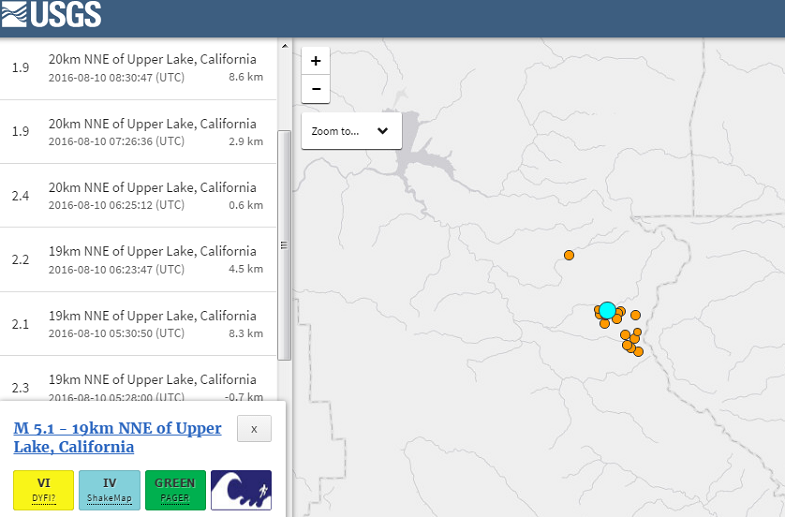 According to experts from the U.S. Geological survey and seismic networks in Northern California, operating under the University of California at Berkeley, there is a possibility of 5 to 10% of that in the coming week in the region there will be aftershocks, the magnitude of which would equal or exceed the largest power push 5.1.