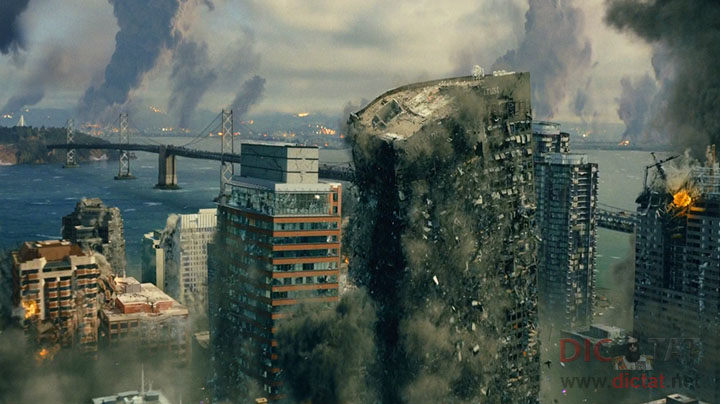 According to a report presented recently by the representatives of the Initiative Committee to reduce disaster risk in southern California, the state is not ready for a major earthquake of magnitude 8.0 and above. Experts believe that a powerful impetus, sooner or later will hit the West coast of the US and its consequences will be catastrophic.

According to representatives of Committee, the most vulnerable area is a narrow mountain pass, Cajon Pass, where the fault San Andreas fault intersects the key infrastructure – highways, Railways, gas and oil pipelines, and power lines. A strong earthquake on the fault will lead to the destruction of most life support, which in turn will prevent timely delivery of assistance to more than 20 million people.

Ageing infrastructure and the high likelihood of fires – the key issues that should be addressed before major push will hit the state, experts say. According to seismologist Lucy Jones, most of the water enters the state water pipelines that cross the fault. In case of earthquake they will all be destroyed, so at the moment, the authorities should seek alternative sources of water, including polluted aquifers near Los Angeles that can be cleared, despite high costs.

Installation of automatic shutoff valves on gas and oil pipelines, passing near the fault of San Andreas, will help to prevent major fires, the report said. With regard to communication with the outside world, the alternative of the destroyed power networks can become solar energy. In addition, experts believe that the authorities need to revise building regulations and upgrade existing buildings.

Computer modeling performed by specialists from the U.S. Geological survey suggests that an earthquake of magnitude 7.8 on the southern tip of the fault the San Andreas fault will shake the surface for several minutes, death, at least 1,800 people, injured over 53 000 people and damage amounting to 213 billion dollars.

Currently along the fault rapidly accumulate pressure and seismic energy. “The earthquake is inevitable, because the pressure must be released” – says Robert graves, a seismologist of the us Geological survey. In his opinion, taking into account confidence in an imminent disaster needs to get rid of all vulnerabilities in order to minimize the disastrous consequences.