California vineyards are devastated by fires 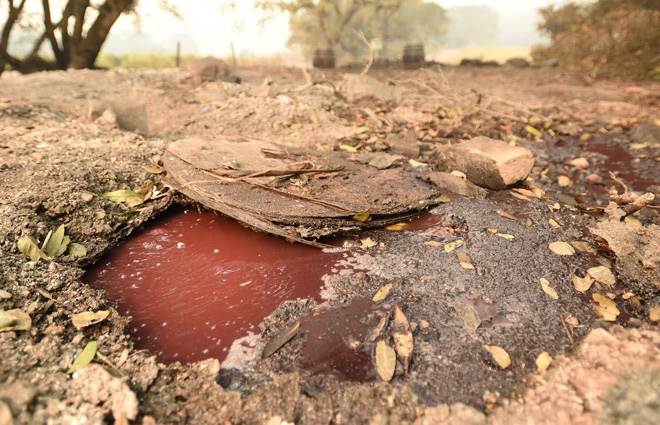 Striking photographs show how strongly the Californian vineyards suffered from natural fires that burned tens of thousands of hectares in the main wine region of the United States from Sunday.

The Paradise Ridge vineyard in Santa Rosa, California, is only one of dozens of vineyards devastated by large-scale fires. At the height of the fire, a huge plastic wine container melted, and a boiling puddle of wine poured out of it.

“I saw a puddle of wine, it flowed down the hill, and when I approached it, I noticed bubbles on it,” said photographer Josh Edelson. “At first I did not understand why, but then it dawned on me – the earth was hot, the wine was boiling, and everything around him was smoldering.”

Edelson captured an eerie scene in the vineyard “Paradise Ridge” on Tuesday. The owner of the vineyard Sonia Bik-Barvik said that the property on its territory is completely burned and all the grapes harvested are lost. Bick Barwick said she hopes to keep the business, despite the destruction, using a small building as a tasting room for visitors. 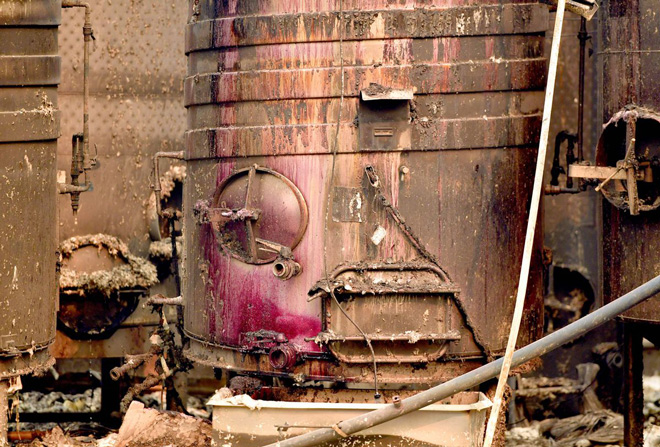 Many other vineyards are also damaged to some extent. About twelve – completely destroyed.

Don’t be sad Newman, we gonna come back stronger and better than ever… #cardinalstrong #CNHS ??❤️ pic.twitter.com/W3tkpKWLjk

Fires in Northern California destroyed at least 5,700 buildings. As of the morning of Friday, 90 thousand people were evacuated. At least 36 people died, which made fires the most deadly and devastating in the history of the state.

The two deadliest fires, Tubbs and Atlas, in Napa and Sonoma, quickly moved through the wine region due to a strong wind, which made it difficult for firefighters to localize them.