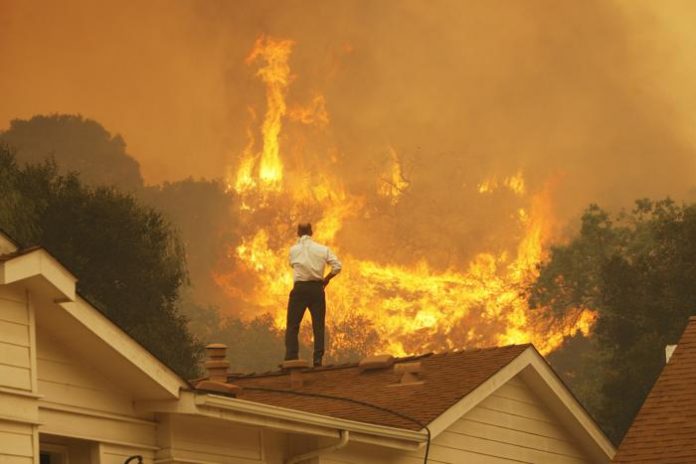 More than 300 various buildings destroyed in a major natural fire in the South American state of California. This was announced by the Management of forest lands and fire protection of the state.

Preliminary data indicate that burnt down 98 houses and 213 buildings. To fight the fire mobilized more than 1.6 thousand firefighters, said the office.

The fire broke out three days ago in a desert and mountainous terrain at 96.6 km East of the city of Los Angeles. The fire rapidly engulfed the area 150,2 sq. km, at the moment he was able to locate 26%.

Firefighters managed to stop the spread of fire in some areas, however, the threat of exit flame out of control is large enough. The most unstable situation in the South – Eastern outskirts of the ski resort Raitvud, covered with withered shrubs and trees.